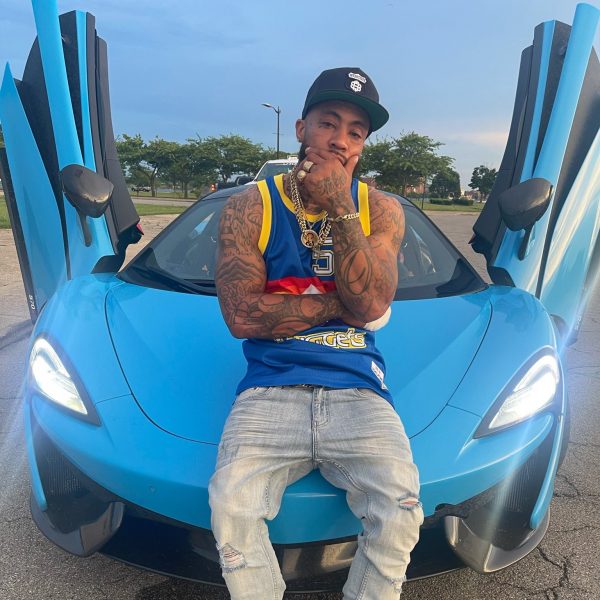 East Denver native hip-hop artist/ songwriter GeeRrr FoevaEast has been making a name for himself state to state with his powerhouse songs, foolproof branding, and innate stage presence. His highly anticipated freshman album, “Dope Boi Summers” is set to release on August 30th, 2021. His ability to lay out a song verse by verse and use words to paint a clear picture of real-life situations has been captivating the trap rap audiences worldwide. With sponsorships from various booking agents and his management team, GeeRrr FoevaEast has been touring over 18 states, hit multiple venues, and performed along with other top act performers. A testament to his work will be portrayed with the hit single, “Dope Boi Summers” featuring Payroll Giovanni, included in his August release. GeeRrr FoevaEast is closing out the year by exposing his music to states like Denver, Los Angeles, Orlando, Detroit, and Texas. While building an even stronger fanbase, GeeRrr still finds time to continue to record and make epic music with Interstate Money Gang his Independent label, which he started in 2019.

He along with his wife and manager, Interstate Bella, have put in the work to become a powerful 1-2 combo that has developed a whole brand. They continue to keep heads turning and numbers of people tuned in to see what will come next. On his track to success, GeeRrr was also given a great opportunity to hook up with a talented engineer “Kid Sound”, who has helped him hone his natural ability, perfect his sound, and gave even more confidence to deliver his music. Now, After a 10-month project, the wait is over and he is even more confident that the fans will love his sound.

The highly anticipated freshman debut album from GeeRrr FoevaEast, “Dope Boi Summers Vol 1”, will release in late August of 2021. The most recent single off of his freshman album “Dope Boi Summers” features a well-known hip-hop artist from Detroit, MI, Payroll Giovanni, with strong ties in his city he is known for songs with Young Jeezy, Tee Grizzly, Pezzy, and more. GeeRrr greatly acknowledges the privilege of the opportunity to shoot the music video on Finkel Ave, one of Detroit’s famous streets, and looks forward to leaving his stamp across the world. He continues to tour state to state to finish out the Interstate 2 State tour. With his last shows in Dallas, Houston, Phoenix, and Denver. Catch up with him and other Interstate artists on tour.