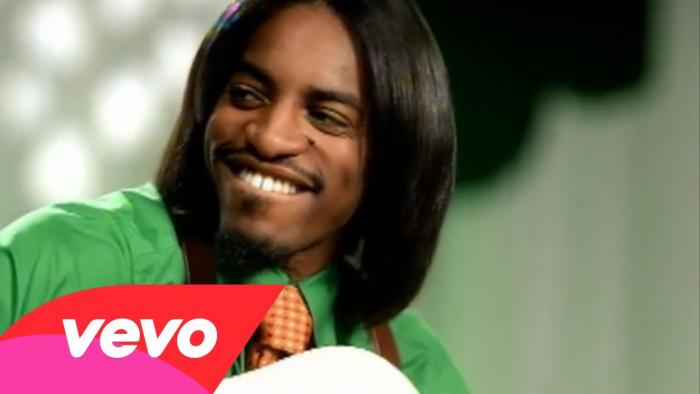 “Hey Ya!” is a song written and produced by André 3000 for his 2003 album The Love Below, part of the hip hop duo OutKast’s double album Speakerboxxx/The Love Below. “Hey Ya!” takes influence from funk and rock music. Its music video features a live performance by a band, all eight of whose members are played by André 3000, that mimicks the Beatles’ 1964 performance on The Ed Sullivan Show. The song received praise from contemporary music critics, and won the award for Best Urban/Alternative Performance at the 46th Grammy Awards.

Along with “The Way You Move”, recorded by OutKast’s other member Big Boi, “Hey Ya!” was released by LaFace Records as one of the album’s two lead singles. It became a commercial success, reaching the top five of most of the charts it entered, and topping the Billboard Hot 100 and the ARIA Singles Chart, among others: in 2009, Billboard named it as the 20th most successful song of the 2000s decade in the United States. The song popularized the phrase “shake it like a Polaroid picture”, and the Polaroid Corporation used the song to revitalize the public’s perception of its products.