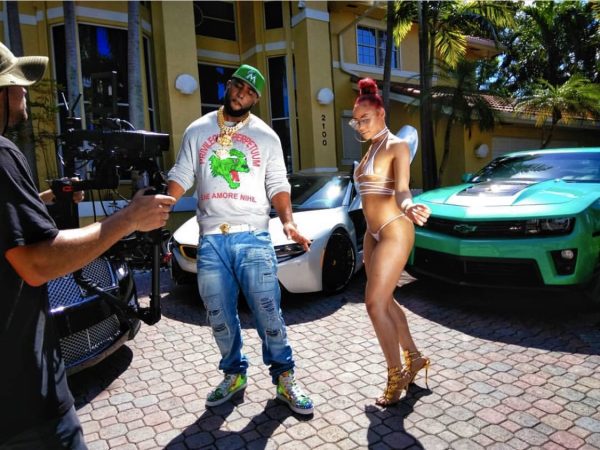 MrWalkinLick better known by his stage names MrWalkinLick, KING or K.I., is an African American rapper from Miami, Florida. After the release of his song “Splashing On Purpose”, in October 2019, MrWalkinLick became a viral internet meme and consequently, an internet sensation due to his unique style of rapping.
MrWalkinLick was born in Miami, Florida. MrWalkinLick grew up in the heart of the City of Miami. He attended several schools before he finally moved in with his mother in North Miami. His father on the other hand was a well respected man in Africa, so much that when he died, his remains were buried in Ode-Itsekiri AKA Big Warri, a city in southern Nigeria.
After settling down in North Miami with his mother, MrWalkinLick was enrolled in North Miami High School which was where he first gained popularity as a rap artist in 2006, particularly for his remix of “Hustlin’” a song by the Hip Hop artist – Rick Ross which he called “Animal”. It was only a matter of time before Curtiss had every school student in Miami and Broward County rapping along to his song. Soon afterwards, he began performing in high schools across North Miami. In 2006, encouraged by how well he was doing on the hip hop scene for a youngster in the industry, MrWalkinLick decided to pursue a rap career full time.