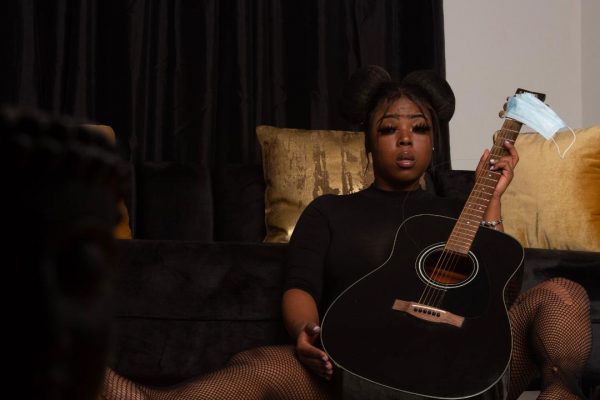 HarmonyChicago has a broad range of vocal ability and a portfolio of passionate performances; often likened to Fantasia Barrino. Performing on Chicago transit platforms for small donations; she sang popular music typically performed by Whitney Huston, Stevie Wonder, Diana Ross, Chaka khan and many other well-known artists. This experience helped to develop HarmoneyChicago’s unique sound and to build an enduring passion and ambition to expand her craft.

Despite the hard times, she never gave up and continued to persevere; when many doors were closed. Facing mental and financial roadblocks, HarmoneyChicago continued to push forward. Growing up on Chicago’s west side – one of the city’s most dangerous neighborhoods, she realized she need to move south to Georgia for a fresh start. Having lost many friends and family to gun violence; she knew the move was critical to save her life and her dreams. And, she was also determined to become an example to those around her.

Miles away from her family and friends she found the strength to continue her dreams. Relocating helped her to build a new sense of character and understanding of how to pursue her goals within the music industry. Using her life experiences and emotions; HarmoneyChicago was able to turn pain into purpose through the music she wrote and performed. She was able to release those emotions to create timeless music that also helps her to minister to others. For the most part, her music is not inspirational; however, the listener feels a sense of inspiration thru her music and lyrics. By doing so, HarmoneyChicago is reassured that a more successful and fulfilling life is all about timing. She also came to believe the world would soon know her name and talent – inspiring others to become who they were born to be….”The gift is not
on you. It’s in you.” She professes.