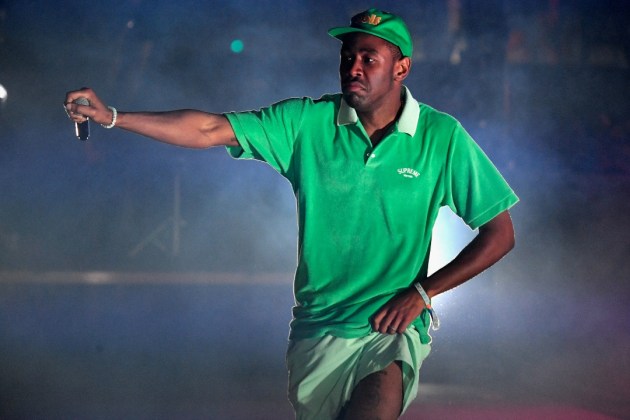 Tyler, The Creator just released a new album for fans, but he’s still focusing on his TV career. While attending San Diego Comic Con to promote his upcoming The Jellies! cartoon, the Flower Boy rapper explains why he made the main character, Cornell, black, as he was previously white on the GOLF Media app.

The “Boredom” entertainer believes that there aren’t enough black cartoons on television right now, and explains why he wanted to make sure there was better representation in the cartoon world. He also details why Cornell won’t fit any of the potential stereotypes that have followed black characters in the past.

“Why you make him black?’ Why can’t niggas have anything, man?” Tyler exclaims. “How many fuckin’ black cartoon characters is it on TV right now? Name five. I’ll give you time. It is none… We don’t got shit… So I said fuck that, we about to make this nigga black, and he ain’t got no guns, he ain’t shoot no fucking basketball, and he a fucking goober, and we gon’ put him on TV. And he’s the lead character, he ain’t the comic relief, he ain’t the sidekick, he the lead nigga.”

The Jellies! was created by Tyler and Lionel Boyce of Odd Future and is coming soon to Adult Swim. We can also look forward to Tyler starring on his Nuts and Bolts show on Viceland next year.

Watch Tyler speak on black cartoon characters and The Jellies! in the video below.