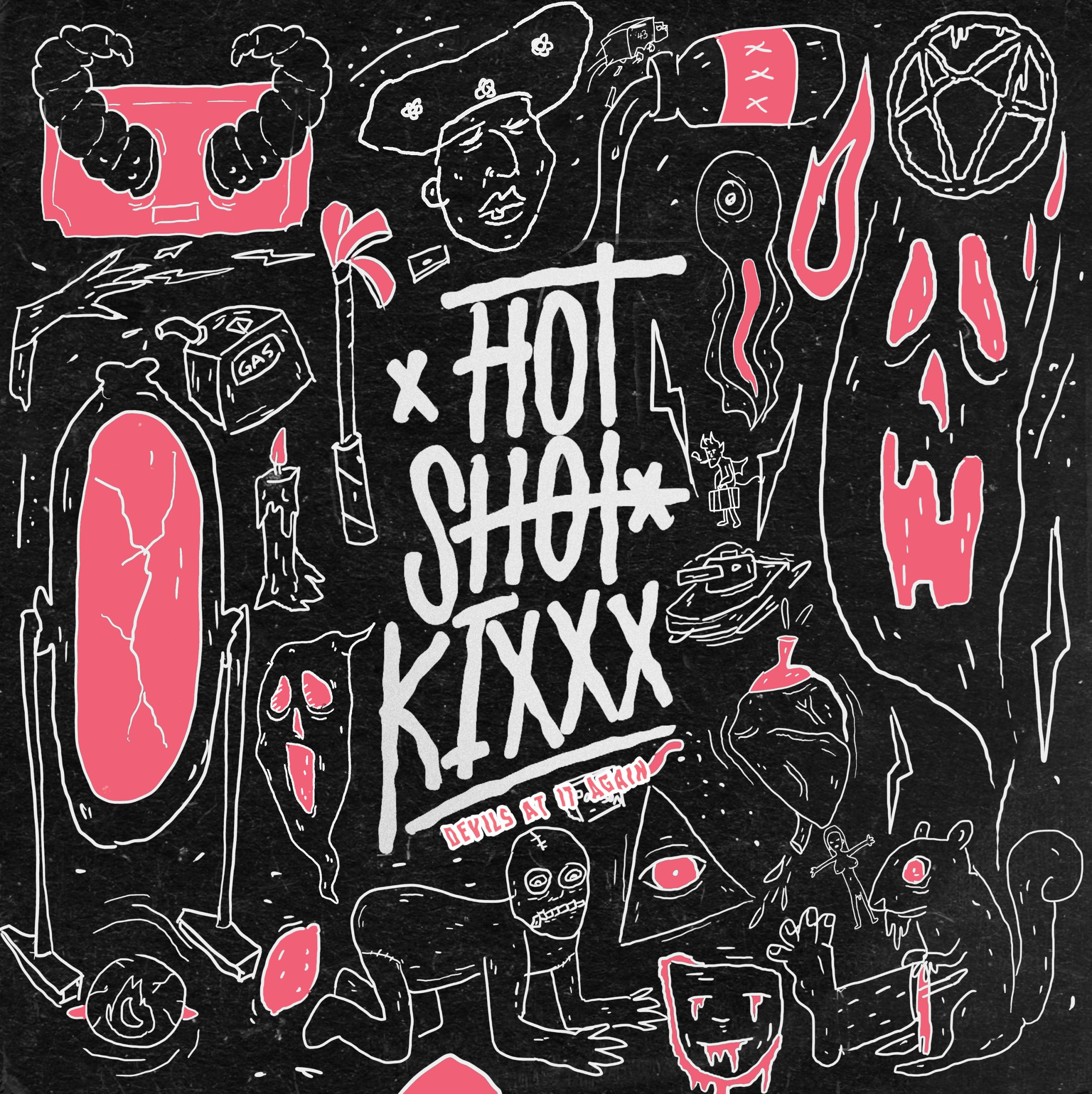 Coming from El Paso, TX, a town of hybrids and high-speed collisions, Hot Shot Kixxx is naturally a rock band whose style is all that extends into desert blues, left-field experimental stuff, rubbery funk, wigged-out psychedelia, and hints of regional Mexican and dirty roots music.

Fighting tooth and nail against all odds in a seemingly decaying, and at worst dead, aspect of the music industry, Hot Shot Kixxx continues to hack away from the bottom cespools of what can only be described as something that was scavenged from the dreggs of a once-great musical empire. Yet despite the pretense of a seemingly dire struggle for survival in the unforgiving world of performance art and music, Hot Shot Kixxx manages to thrive in the naturally overcrowded lower deck of cruise ship Rock ‘n Roll by reveling in the most vile and often most repulsive themes that one can find in the genre.

As Hot Shot Kixxx releases video after video, each somehow more morally decadent in nature than the last, it begins to become more and more apparent that Rock music as it once existed has been steadily pummeled down to nothing but a wretched and unwholly corruption of its former glory. Easily surrounded by the ruin and stench left behind in the wake of Rock ‘n Roll’s untimely fall and destruction, now Hot Shot Kixxx has become a mirror of its surroundings, a dutiful scribe detailing the current, distorted state of Rock music, and a most likely vessel for vile portents ahead. From this point of view, perhpas here is undoubtedly the worst that has ever been witnessed from the pits and remmnants of a now dead genre of music.

How far gone is the hope of reviving Rock music to anything even remotely near the apex of its former glory? And can it be done succesfully, or will the result be a twisted and rotten abomination spawned from a Pet Sematary that only menacing, mental machinations the likes of which exist exclusively in a Stephen King demonic abstraction can hold?

Fittingly enough for this October, the month of unparalleled wickededness and frightful deeds, Hot Shot Kixxx presents the official (unrated) music video for the song Witchcraft, off their album Devils at It Again. Enjoy!