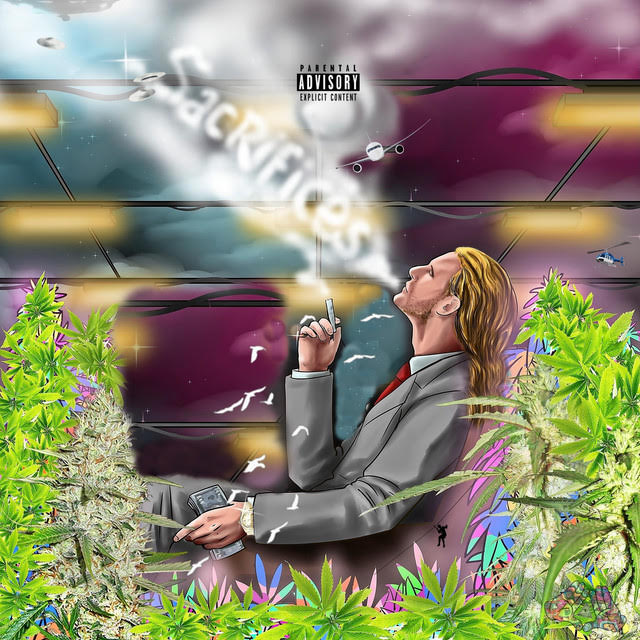 T.A. may not be recognizable initials when we think of a prolific Rapper, they are not even the initials for a star in the making, but they should be. It was late 2017 when Tanner Ahrendt, better known as T.A. released his breakout track “I Know” featuring Post Malone in a very rare form. Just as Post Malone was heating up on the verge of his hit record “Rock-star” some of us were fortunate enough to catch the vibes from their collaborative effort. Sacrifices is a project from the Sioux Falls native that is being received with open arms. This EP will inevitably carve out a lane for T.A. the anticipation has been building, the buzz has been building on an underground level, now its time for the cream to rise to the top. Long after receiving the notable “ARTIST TO WATCH” tag from MTV.com a little over 2 years ago, we finally get a full solo project to enjoy from the “Hills” song writer. “Sacrifices” features an abundance of feel good vibes, holding hands with the perseverance of a free will architect creating His existence one bar at a time. Visit uknowta.com to keep up with everything from new merch to tour dates.