SEMU – The Rise of the Bandit 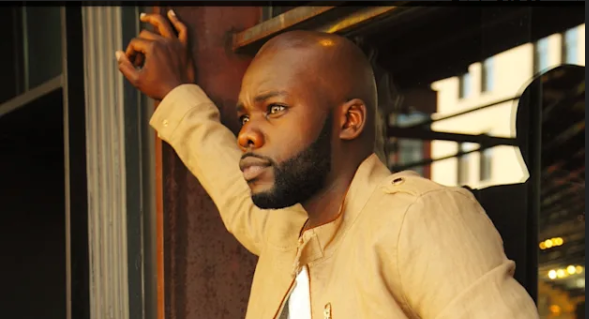 Right when the Hip-hop scene couldn’t be any more predictable, the self proclaimed Bandit comes blazing with new vigor and passion to infuse new life in a questionably dying art form. With all due respect..ok with not much respect today’s rap scene is muddled with duplicates and triplets of the same characters, copying familiar styles of there predecessors for similar results on radio and streaming platforms. I cant help but hear a growing cry out for originality in a once trailblazing art form.

The name SEMU itself is a great start and this hybrid artist variety of music has captivated the staff to pay closer attention to more of this artist catalog. SEMU’s Pull Up has garnered over 1 million listens on Soundcloud with his surprisingly refreshing take on a popular biblical quote “Forgive them, for they know not what they do” mixed with a stellar trap beat and intertwining Caribbean and rapid fire melodic raps. The song was a roller coaster and though it took some of the staff 2-3 listens, we came to terms that this is a refreshing look at music for the 2020 era.

We looked on further to see his new release and video for his R&B Trap mash up record “Strangers” that showcased more personality that was not seen on the last record. The subject matter was reminiscent of a Linkin Park record and SEMU touched on themes of jealousy and love hate toxic relationship. The production by Benifical meshed very well and we enjoyed the new direction SEMU took us. The video to strangers has already surpassed ten thousand views and his other music we uncovered on the internet brought new insight to this artist on a personal level. I can honestly say there were no 2 songs out of the 30 i heard that sounded alike. SEMU is definitely on my radar for artist to watch for in 2020. We had a chance to ask a few questions to the Bandit and we hope you enjoy!

DOPE as it sounds we had a opportunity to sit down with SEMU to discuss more about “The Rise of the Bandit”.

I’m motivated to create something never done in music. To create a new experience. I would love to inspire the youth like some of my favorite artist inspired me as a kid. There is a lot of examples I see influencing kids to do drugs and join gangs, I make it cool to do otherwise, help save some from a life regret.

3) Being that you are within North America & East Africa, what is the state of Hip-Hop there? How would you titled your style of music?

Hip Hop in East Africa is in a great place rhythm wise. I love the the native rhythm and production i have been hearing. Shout out Kally Wid for influencing the scene out there. We did a record called “Million Grlz” that’s on TV and been making great strides to commercial radio out there. Hip Hop out there does take some influences from America. Americas influence is around the world, hence why its important to me to diversify the subject matter and not talk about what’s expected and present it in a way that can help preserve the the genres to move forward. My style of music is predicated on innovation and being daring, its Bandit Music hence my websites BanditMusica.com and my imprint Bandit island-Bandit Musica.

4) With your most recent music video “Strangers” is FIRE, Can you give us some details on how you came up with that song and concept for the video?

Thanks for checking it out, I will relay the gratuity to my team, thank you. I took a day to figure out what event in my life the production connected to. I had gotten out of a great relationship that turned toxic and thought I could talk to the audience about what I was thinking in my head during the turning point of the relationship. I wanted to discuss some vices that trouble relationships so others could avoid those pitfalls. The video concept came together by the creative Director JAZ, who did all the artwork in the video and the neon aesthetics. We did a casting and got Shoko Tamai an exceptional Broadway performer. & we sealed the deal with the artist ANCIENT to play my ex and co director Zach of Panoramic Films as a vet Videographer.

My influences are disappointments, death, and love.

The Bandit appreciates Vintage Media, those who have supported, and new fans of my work. I’m aiming to have my best year yet with a new artist developmental deal in 2020 and much more. Shout out to my international sponsors at RudeBoy Clothing and look out for my new Album hosted by DJ V.I.P. shout out to All Money In & the Bandit Squadron.

** In 2019 SEMU also came in 1st place for his song and music video “Pull Up” directed by T- Swiffa and Panoramic films on the nationally recognized platform Coast 2 Coast Live. Look out for SEMU’s 2020 release hosted by All Money In’s DJ V.I.P.**