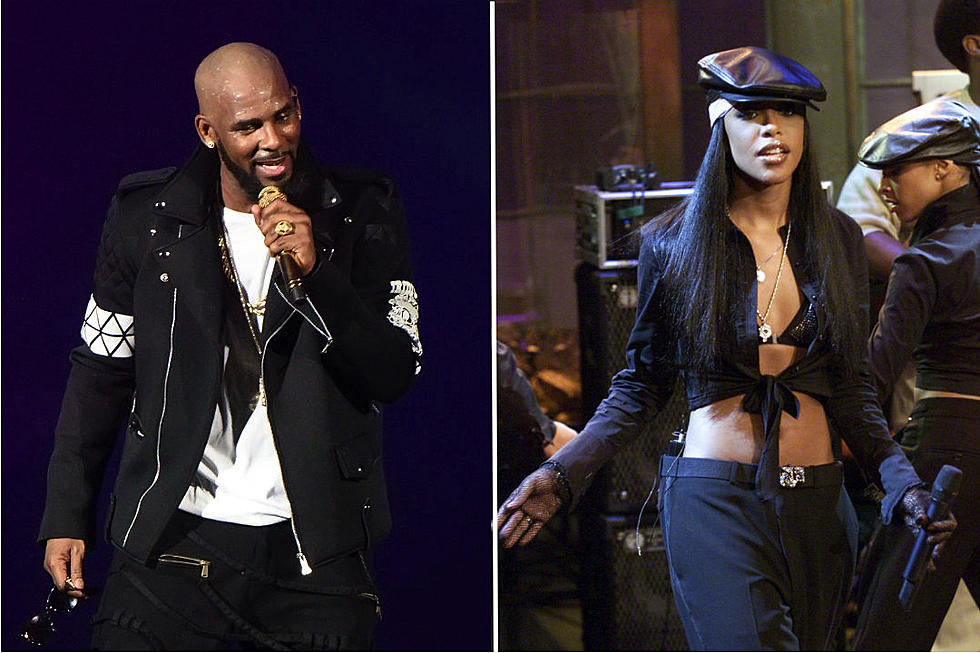 In a new preview of the upcoming Lifetime documentary, Surviving R. Kelly, a former background singer of R. Kelly‘s is alleging having seen a then-27-year-old Kelly engage in sex with a then-15-year-old Aaliyah.

“We were out on the road with Aaliyah. On a tour bus, there really aren’t many confined spaces. When you get on the bus there are bunks and so these bunks have little curtains you can pull at night if you don’t want anybody to see you sleeping,” Jovante Cunningham says in a preview of her interview, premiered on People Magazine on Monday (Dec. 31). “So, it just so happened we were all laying in our bunks and the curtains are open, everybody’s communicating, laughing. When the [room] door flew open on the bus. Robert was having sex with Aaliyah.”

Cunningham was asked to describe exactly what she’d seen, and she was adamant that it was clear what they were doing.

“Things that an adult should not be doing with a child,” she replied. “I can’t stress to you how people are still suffering behind things that went on 20 years ago.”

Reports surfaced back in 1994 that Kelly and Aaliyah had secretly married, and though a marriage certificate was made public listing Aaliyah’s age as 18, she was really 15 at the time. The marriage was annulled less than a year later.

In more recent years, numerous women have accused R. Kelly of sexual abuse, being held against their will and more. Surviving R. Kelly is a six-part docuseries that will feature alleged victims sharing intense stories about their relationship with the veteran R&B singer. Unfortunately, the Manhattan premiere of the series was recently evacuated due to a gun threat, and police are currently investigating a person of interest.

Watch the trailer for part one of Surviving R. Kelly below. It premieres Jan. 3 via Lifetime.