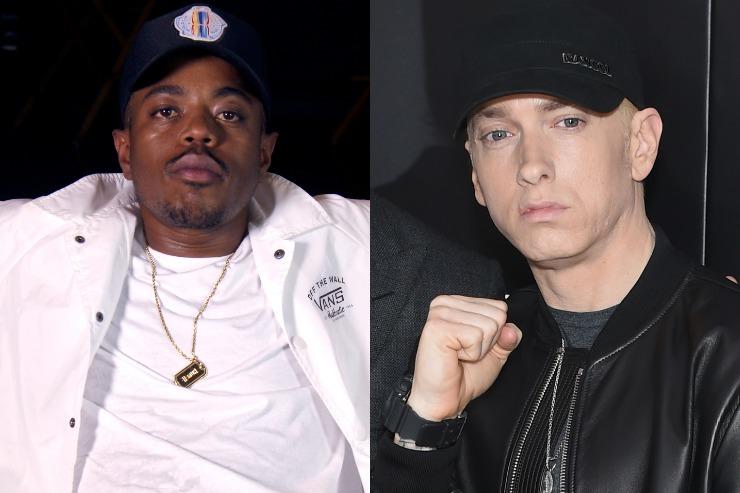 Is the long-teased collaboration between Eminem, Boogie, and Anderson .Paak finally on the way?

During the early millennium, the Shady Records run was at an all time high. With platinum-selling efforts from D12, Obie Trice, and 50 Cent, Eminem‘s roster stood alongside hip-hop’s most commercially viable. Of course, the label sadly faltered through a few notable missteps, with rappers like Stat Quo, Cashis, and Bobby Creekwater ultimately failing to breakthrough. Still, Em’s longstanding record label has since bounced back, albeit quietly, with the previously-signed Yelawolf, and the recent additions of Westside Gunn, Conway, and Boogie.

Shady gang..it’s over for y’all real soon and the big homie @eminem knows how to use ig now it’s LIT

Now, the latter is about ready to drop off his Shady Records debut, and from the look of it, he’s got a Slim Shady feature on deck. In a since-deleted tweet, Boogie teased an upcoming Eminem collaboration, hinting that it might be a “scrapped” Bodied OST track. Many immediately wondered if the track was the fabled “Freak,” which features Anderson .Paak and Boogie; a possible snippet of the track can be found here.

Of course, the fate of the Bodied OST remains in limbo, so it stands to reason that the remnants are fair game. For what it’s worth, .Paak previously described the single as a “a funky tune, man.” Regardless of how this one falls, it’s cool to see Em once again holding it down for his signees.