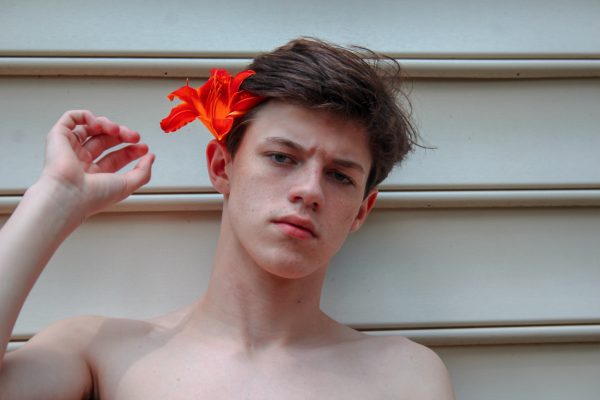 Nicholas Tomillon’s debut 2018 hit “To My Father” is making waves on the underground and beyond, proving he’s got just what it takes to become the prodigal son of genre-mashing Pop.
At the tender age of 15, the Richmond, Virginia based Singer-Songwriter has already proven his maturity when it comes to composing emotively raw hits. With his unique blend of Electro Pop, Soul, and Hip Hop, he attacks his soundscapes with a potent approach and plenty of visceral feeling. By using equal parts melody and melancholy, the up and coming recording artist’s music has touched many people internationally and his motivationally honest and reflective work gains popularity by the day.

Nicholas’ song writing journey started after he found inspiration in his own childhood experiences. He used his plaintive emotion stemmed from his rocky history to create music as a means of catharsis which could ultimately help others in similar situations process their emotions. Nicholas writes and produces his own tracks, managing to keep the soundscapes raw and resonant, yet you’d be forgiven for thinking that the tracks had the professional touch.

His first single “To My Father” has fallen under rapturous acclaim by fans and critics alike. Since the release in Summer 2018, his debut single has received over 77,000 streams on Spotify alone.  On the heels of the success of his debut, Nicholas has gone on to master a new single “Narcissist”. With Narcissist, his style took a Lo-Fi Alternative Rock approach, showing that diversity is no issue, on the run up to the release of his first EP.

VMG sat down with Virginia native to see what’s new, and to check out his recent hit “To My Father”.

1) What keeps you motivated when it comes to your music?
My biggest source of motivation is being able to help others learn to express themselves, and not be afraid to open up. I absolutely love being able to make other people realize that there is a light at the end of the tunnel, and that things will get better.

2) When you think of “Vintage Media Group”, what comes to mind?
I personally think of the 1950’s-1960’s. I love anything vintage, whether it be music, clothing, cars, etc. I love looking at pictures of downtown Los Angeles in 50’s, because it’s just so magical to me.

3) Being that you are from Virginia, what is the state of Hip-Hop there? How would you title your style of music?
I think that Virginia is constantly growing their “stage” for all different types of artists. I’ve been working on a lot of new music, of many different genres. It’s hard for me to stick to one style of music, because there are so many incredible different kinds.

4) With your most hit “To My Father” is DOPE. Can you give us some details on how you came up with that song?

I wrote this song, obviously about my dad because, ever since I was little we’ve had a shaky relationship. I’ve never agreed with the way he treated me and it hurt me so badly that nobody listened. I still get hate from my family, because they assume I lied about everything. But, as a matter of fact, they are not me, and they have not lived in my household for the past 15 years.

6) Who are some of your influences?
My biggest influence would have to be Lana Del Rey, because she has been through so much, but she still manages to keep a smile on her face and to bring her fans joy each and everyday.