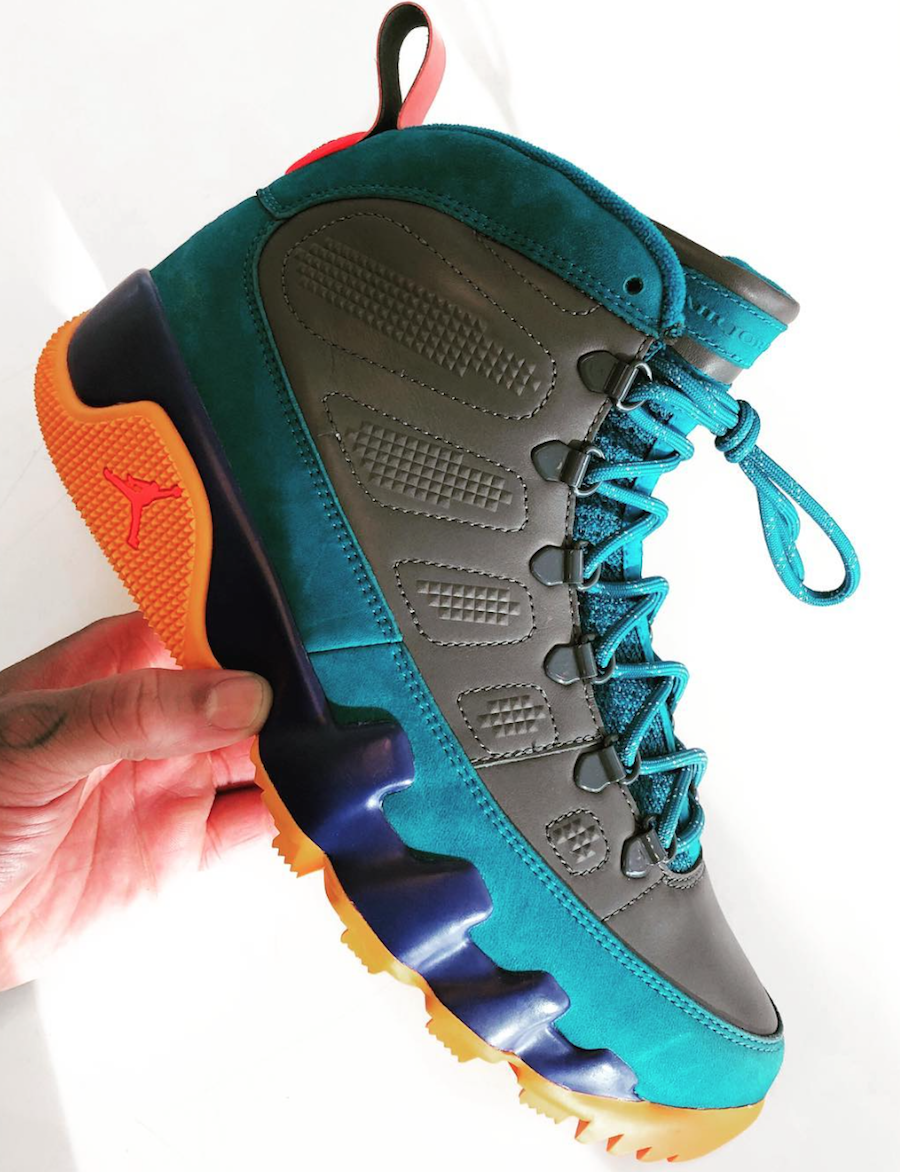 A 90s look for the reworked hoop silhouette.

Jordan Brand’s Frank Cooker offers an initial look at the make-up, which fits the colorful outerwear aesthetic of the 90s. Cooker commented on the colorway in his Instagram caption.

“The cool thing about working through a winterized update to an iconic silhouette like the AJ IX is that the team can have a little fun with color blocking. It gives us a visual to work off of to see what works and what doesn’t work.”

It’s not clear whether or not this Jordan 9 NRG Boot will eventually make it to retail, but Cooker’s caption suggests more colorful options are indeed on the way.