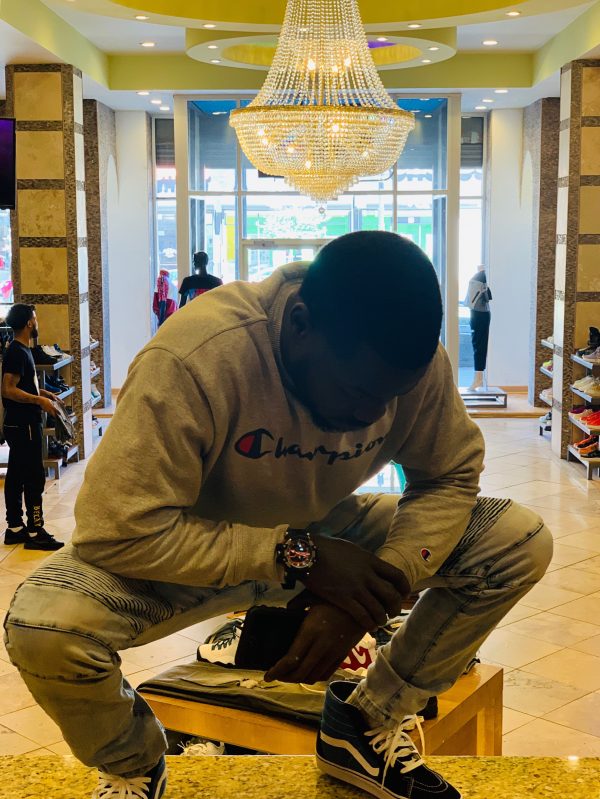 New underground artist Rude boii from the West Side of Chicago continues to shake up the hip hop scene as he continues to release more new music. As anticipated just a few months back he released The Rebirth of Rude boii Mixtape on all major platforms.
He is already in the studio getting ready to release a new album. The title is unknown at the moment but sources close to him were able to tell us that he plans to release the album by the end of the year. He is still releasing new music and will continue to release new music until the unknown album is finished.
Rude boii just recently dropped the highly anticipated singles called “Live Life” and “Dedicated.” Live Life has a club ready feel with Rude boii’s unique delivery and energetic strong flow its the perfect combination but the track Dedicated and is the complete opposite its smooth and laid back feel much reminds me of some old school 2 Pac.

His signature phrase “let’s do it!” is on every track me personally I love that phrase. He plans to release a new track called “Trials and Tribulations by the end of this week. That’s possible to be some of the hottest new Tracks this summer for the Hip-Hop scene
If you are looking for rap music that is the best of the best you should check out this artist’s YouTube channel and subscribe. You can also follow his social media Facebook and Instagram as well . This young man is definitely someone to keep an eye on.

VMG had a moment with the rising star, to see what’s new and what’s NEXT for Rude Boii.

The love I have for music inspires me to keep going. And the opportunity to be able to do what I love and be able to provide for my family is what keeps me motivated.

3) Being that you are from Chicago, what is the state of Hip-Hop there? How would you titled your style of music?

The wave right now is drill music in my city , that’s what’s hot! I don’t consider myself a drill rapper, my style is my style but I’m also very diverse. And that’s what makes me stand out from other Chicago artists.

4) Tell us about the new project coming soon? Do we have anything to expect on this project?

The new project I’m working on is definitely something to look forward too! I do not have a title as of now. But I plan on dropping the project by the end of this year. You can expect nothing but the best every time! I’m going to give my 100%. And up until then I’m going to continue to drop music for my supporters.

I want to thank my family , friends and supporters. And I want to give a special shout out to my city Chicago , I love you! Let’s do it!