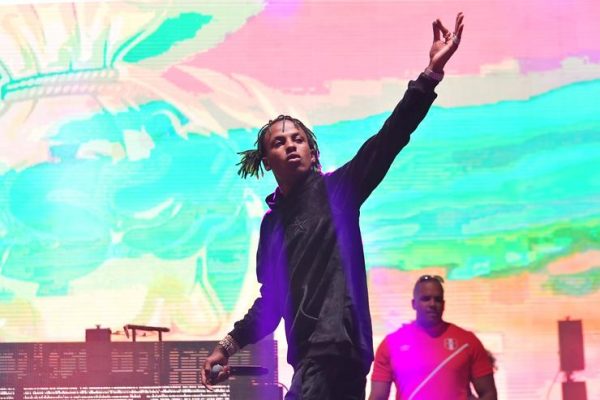 Rich The Kid spotted in the streets of LA with Andre 3000.

Despite coming through the ranks independently or under his own label rather, Rich The Kid has managed to rack up an insane list of features over the years. Everyone from Kanye West & Kendrick Lamar to Migos & Young Thug have worked with the ATL rapper, but he’s never been phased by his early accomplishments & collabs. However, there’s one artist that Rich has never worked with yet and that’s the legendary Andre 3000, but could that be changing soon?

On Tuesday night, Rich The Kid hopped on Instagram and shared a picture with non-other than Andre 3000. It’s unclear why the two were spotted together, if it was sheer coincident they ran into each other in the streets of LA or maybe they were hanging out together, but it was enough for 3 Stacks to take a picture with him. Rich captioned the post with, “Legends no cap 50 racks & 3 stacks.”

The photo came just hours after some bad news surfaced about Rich coming from his wife. Rich The Kid’s estranged wife claims the ATL rapper was abusive during their relationship & forced her into having several abortions over the years. So maybe the photo was an attempt to to distract from the negative publicity he’s been receiving?

Check out the photo for yourself (below) and sound off in the comments. Would you like to hear a collab from these two or nah? (I wouldn’t get my hopes up if so)