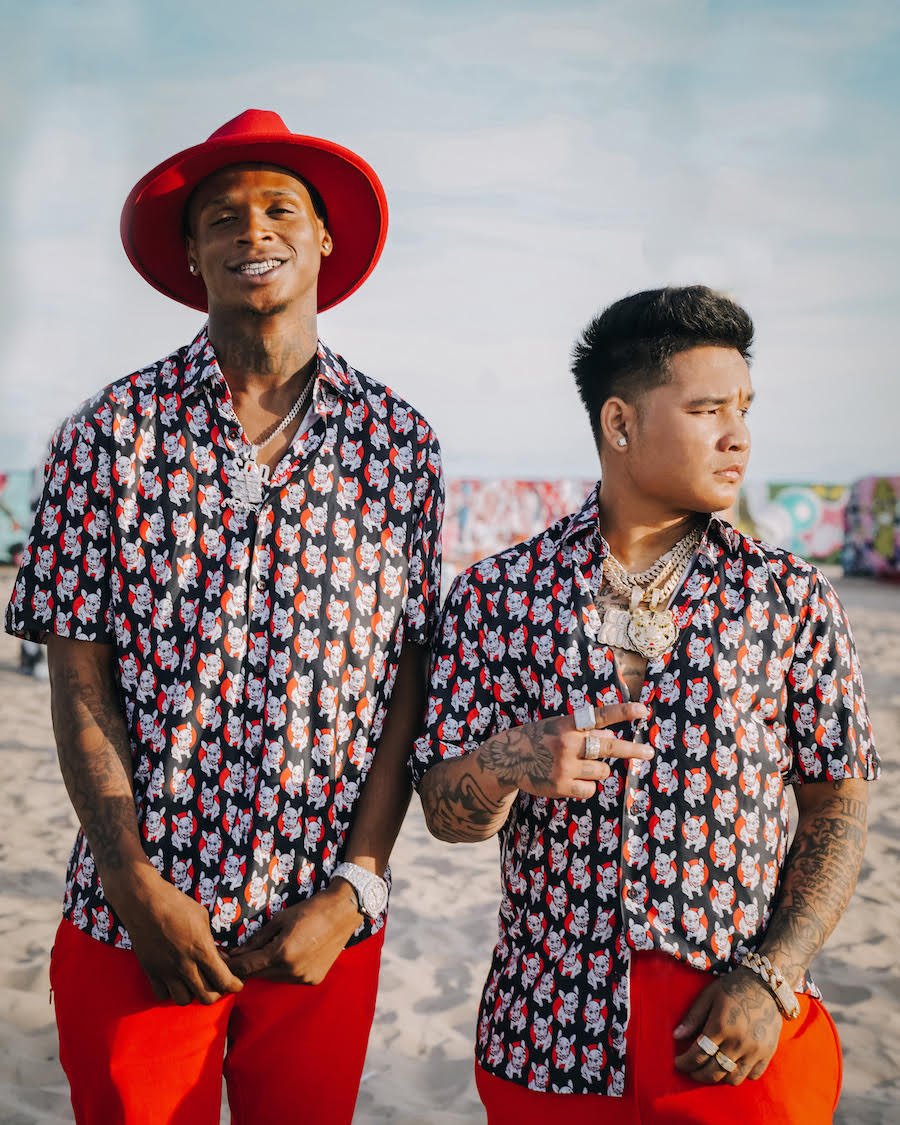 “Are you feelin’ it?” Star2 asks on “Go!”, the first single from his upcoming New Me album. Bringing a flash-fire of summer heat, the song has that West Coast sound and sensibility that combines brash notes, old school hip-hop aggression, trap, and a relentless kick drum that pushes you up from the verses to the chorus. Trap and retro late 90s/early 2000 hip-hop sounds, along with distorted 808s, kicks, claps, trap hats –  a hyped up clicking rhythm! The result is a hype, pulsating street dancing anthem for extreme skateboarding in Venice Beach, and perfect for blaring at block parties, beaches, and skate parks all summer long.

Eleven year old stand-out Jake Familton swoops down into the bowl where Star2 and Bino are singing and being filmed, catches air off the lip and roars back down. “It’s a dream, a real life dream…” comments Bino looking at the first takes of the video with him and Star2 cruising in classic Low Rider cars with dancing from the famous Tommy the Clown and his T Squad.

Check out Star2 X HoodTrophy Bino in “Go!” and take the first peek at the upcoming knock-out album from Star2