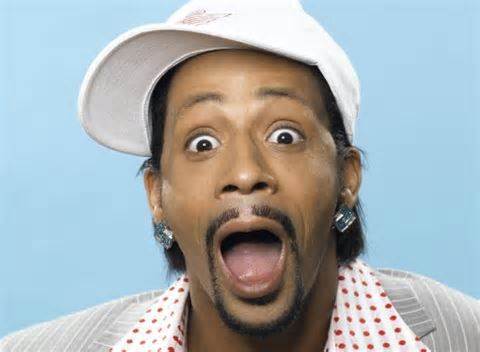 2013 is almost here, but Katt Williams still has plenty of f-ckery on his plate before 2012 comes to a close. On December 28, the comedian was arrested in his home (or maybe office) for child endangerment, stemming from suspicions he kept illegal firearms and drugs in a household that contained children. Now authorities are saying one of the guns seized during his arrest was previously reported stolen.

The 41-year-old was arrested about 8:30 p.m. after the Los Angeles County Department of Children and Family Services did a welfare check at his home, said L.A. police Officer Norma Eisenman. Authorities found more than one firearm, she said, one of which had been reported stolen.

The comedian, whose given name is Micah Sierra Williams, was released on bail Friday night, Eisenman said. The DCFS did not specify how many children lived at the home or whether they were removed, she said.

Williams spoke to TMZ about his arrest, insisting that the guns, which he says were stored in lock boxes, were for protection. Also, he compared himself to Trayvon Martin.

“You’re gon’ charge me with child endangerment after I adopted seven kids and had them for 14 years in this state? You coming after my kids now? ‘Cuz it was already a witch hunt. Now you want my babies? Yikes,” said Williams. “

He then added, “They shot Trayvon Martin dead for looking kinda like how I look. Martin Luther King and Malcolm X ended up dead for telling the truth, so as a comedian, I don’t think it won’t happen to me.”

Katt Williams is due back in court January 25. Considering he was supposedly involved in a brawl, with his road manager Suge Knight, at Eden nightclub in Hollywood this weekend, after his arrest,