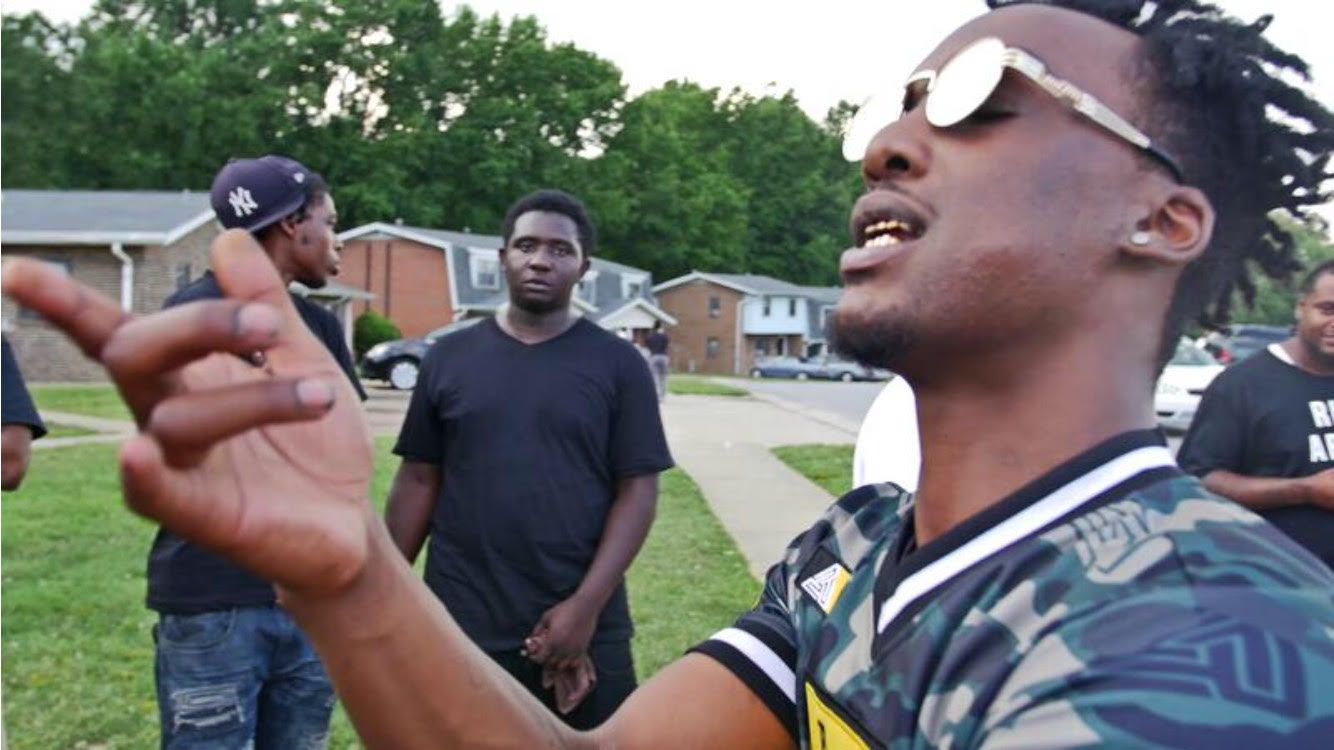 New Video: Kari Wam – In The Past

Petersburg, Va.- Life as he once never it was forever changed in November of last year for Virginia rapper Kari Wam. That was when he was ambushed under a hail of gunfire, bullets piercing his skin, causing the street soldier to forever lose his sight. Never one to let any obstacle stand in his way, he poured all of his pains, frustrations and anger into his soul-searching new single and music video “In the Past.”

“When I wrote the song, I was just venting. I didn’t intend on it being a single,” the 24-year-old rapper explains. “I had just came home from the hospital, and I was trying to get back into the flow of doing the music. But when I released it locally and it got such a good response, I was kind of stunned because I thought they counted me out. But the streets are still behind me.”

In almost no time, that local following evolved into fans across the Washington, D.C./ Maryland/ Virginia area and has been spreading like wildfire throughout the Southeast.

“It sounds like music, but it’s more than just music. It’s a science behind the music,” says Kari. “It’s genuine. It’s my emotions. That’s why it catches you when you hear it.”

Born and raised in Petersburg, Va., Kari has been a fan of music for as long as he can remember. He realized his musical talents only three years ago after dropping his debut mixtape Plugged In. He burned 900 copies himself and sold every copy hand to hand at $3 each. For there, he knew he was on to something.

Further developing his fan base, he released his follow-up project Merchandise on YouTube only, where he wrecked on several industry beats. But tragedy struck after he was hit was caught in the path of stray bullets.

“My situation was senseless. It didn’t have to happen. I just was in the wrong place at the wrong time,” he reveals. “I have been in other situations where I could have gotten shot, but it didn’t happen. So for something like this to happen with something that didn’t concern me, it kind of traumatized me a little more.”

Even with the loss of his sight, however, Kari still picked himself up, dusted himself off and hit the studio harder than ever. The result is his latest hit single and video “In the Past” and upcoming mixtape Plugged In Reloaded.

“When I first got shot, I suffered from depression, but the song was a message that I was sending to my fans and my family that I ain’t gotta go around moping because I can’t see,” he discloses. “I got all my body parts, so I can still chase a check. I’m not regular, and I accept that. Somebody else would’ve folded in this situation but not me. My mind is working, so I can’t stop. I got to keep going.”