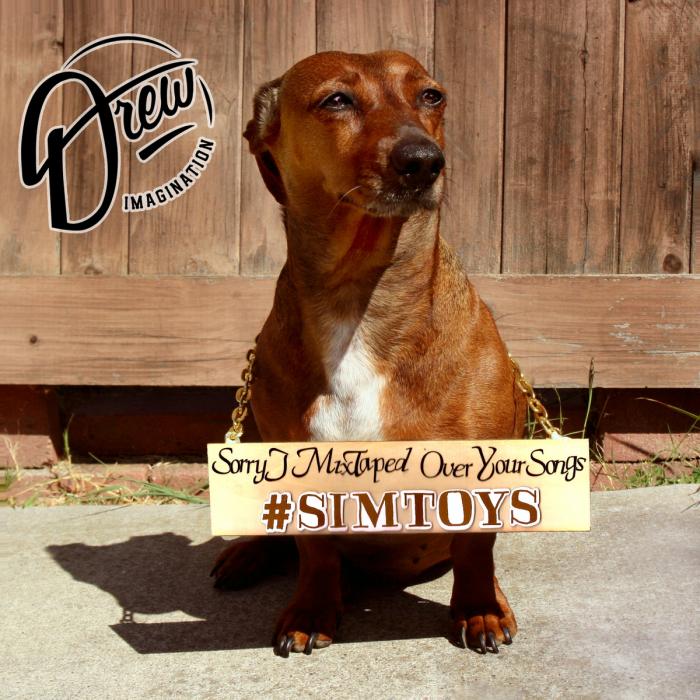 Drew Imagination brings you the first single “The Bloom” (ft. Cannon) off his new mixtape “Sorry I Mix Taped Over Your Songs”.

Composed of revolutionary vignettes rapped over a selection of songs not quite hip-hop,”Sorry I Mix Taped Over Your Songs” evokes a new direction for the Honolulu/Oakland artist. After appearances at the San Diego County Fair, LA County Fair & Unfuck the World Day, the challenges of being an independent artist fueled the gradual progression of outreach. In looking to build with artists, community leaders and musicians alike, this mix tape hopes to encapsulate the passion behind Drew Imagination’s music and activism. We are living in myopic times and the counterculture of resistance is dismissed as futile or delusional- fight back with knowledge!

The #SIMTOYS project was recorded in San Francisco, San Jose and Sunnyvale, California. It featuresNa Hoku Hanohano 2x Awardee, Navid Najafi of Hawai’i hip hop’s Super Groupers and boasts the mixing skills of Lindley Cannon who sings on the final track, The Bloom. Although “Sorry I Mix Taped Over Your Songs” is an artist self-release, Drew Imagination is signed by LP Records (lprecordsllc.com) Digital release is July 30th, 2014. Physical copies are available upon request (and are free!)