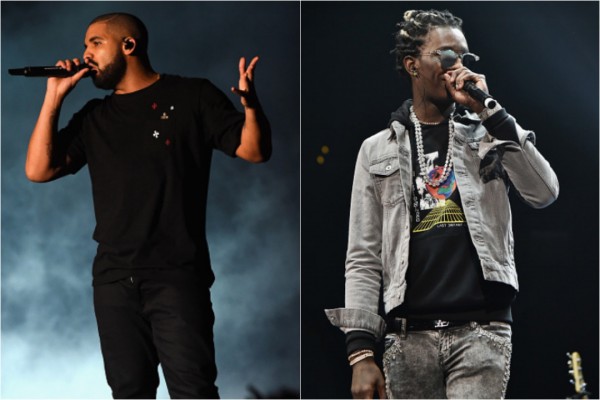 Drake is taking his show on the road in 2017, having recently announced his European, Boy Meets World Tour. This go round, Aubrey will be bringing along Young Thug for the ride.

The OVO head honcho and Thugger recently announced the news via Instagram. After posting a picture of himself and Drizzy, YT captioned the photo, “European tour ft…”

The collaboration makes sense on a lot of levels. One, being that both rappers are two of the hottest MCs in the genre.

Drake spent three months in 2016 touring the country with Future on the Summer Sixteen Tour. The two rap stars performed 54 shows between July and October, bringing in a reported revenue of $64 million.

The tour ended on a bit of a sour note, with Drake’s ankle injury causing the cancellation of the last few shows. But after three month’s rest, the 6 God is ready to rock sold-out crowds once again.

The tour will boasts 26 shows in cities including Amsterdam, Glasgow, London, Manchester and more.

Check out the full list of tour dates, below.