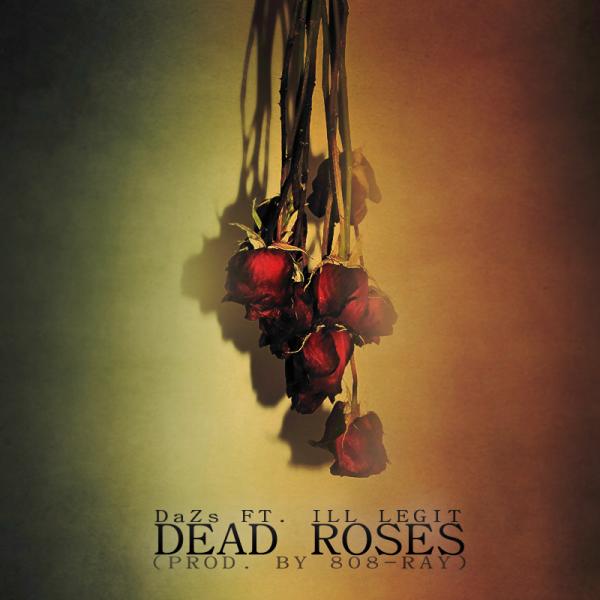 Chicago based artist DaZs presents his brand new single “Dead Roses” featuring Ill Legit off his upcoming album To Whom it May Concern. DaZs and Ill Legit send a message to their enemies on this hard hitting track produced by 808-Ray. Check out “Dead Roses,” and be on the look out for DaZs new album To Whom it May Concern, set for release in 2015.

1) What does “DaZs” mean or stand for?
It actually pronounced “Disease” and the name stems from the first 2 letter from my last name, that’s where the D A came from. The Z stands for zealous, and it all came together after my homie Ill Legit said “Disease” and I just decided to run with it. I used to go by Evo but I feel like that word is too played out.

2) When you think of “Vintage Media Group”, what comes to mind?
A media outlet for all entertainment news and updates. I really feel like VMG does a great job connecting the world to the information they need.

3) Being that you are from Chicago what is the state of Hip-Hop there? How would you titled your style of music?
I feel like Chicago in the last 4 years has really changed the culture. We see more and more artists rising from the city. The one thing about music from Chicago is that there is a huge variety of sounds. Its not just Trap or street music anymore. Its branched out to so many different levels people feel like they need to find their place. I just stick to what I love to do and that’s to create a genuine fresh sound that doesn’t only make you nod your head to the beat, but also really listen to what the message of the song.

4) With your most recent single “Dead Roses” is DOPE, can you give us some details on how you came up with that song?
That song was created as a statement. I released my project “The Care Package” a couple of months ago. “Dead Roses” was suppose to be on that project but I ended up recycling the track. After doing my promotions week for the project I felt like we had a strong body of work but we just dint get the respect we deserve. All we heard was background noise, and a lot of petty talk. We don’t really try and focus on that but when there is all this talking you kind of have to clear up the rumors. I was blessed enough to have Illy drop sum bars over the track because he had a to get some things off his chest also.

5) What are some of your current accomplishments and or goals? What are you hoping to achieve outside of your music? What else do you hope transpires from your music?
I never went into the business saying “I just want to sell records” at the end of the day its all about numbers of course, but there are plenty of other ways of making the numbers change. I really been focused on structuring our own group “Sourbatchkids” which is NOT just a music group. We plan on expanding our focus towards fashion, design, promotion. We hope to kick off our campaign and launch our website in 2016.

6) What keeps you motivate when it comes to your music?
My city and the people that surround me. Chicago can really be competitive no matter what the situation may be. That really fuels the thrill and keeps me on edge. You have to keep making moves, no matter if its big or small. You have to constantly be moving.

7) Who are some of your influences?
Im really all over the place when it comes to music I listen to different genres constantly to keep my mind fresh. People like Mos Def, DMX, Game, 50 Cent. Just a couple names that come to my mind.

8) What can we expect from “DaZs” this year? Or in other words, coming up soon?
“To Whom It May Concern” my next EP should be dropping near the end of 2015. I am also making another tape with Ill Legit which I cant put out to much details about but it should be dropping this year also if everything goes according to plans.

9) What does the word “Vintage” means to you?
A classic masterpiece.

10) Any last remarks?
Appreciate VMG for the time and make sure to check out my work when you get a chance.