Boris Jelic – Do Or Die 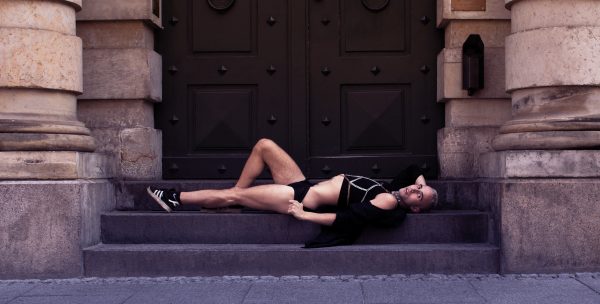 0
Share REPORT THIS
The debut album of the fearless gay-hip-hop rapper has finally arrived. Every song is different yet has the same music-genre called ”Gay-hip-hop”, which stands for freedom of expression and not following any trends in music or society.
VMG had a moment to sit down and talk to Boris about his new project, and more…

There’s a lot of things that keep me motivated but I think just being able to be a full-time musician is motivating enough. I worked so hard to get here that I won’t let it slip through my hands. And that requires a lot of work since I’m independent etc and can’t afford not being motivated, so I gotta keep going.

3) Being that you are from Sweden, what is the state of Hip-Hop there? How would you titled your style of music?

Hip-hop is pretty big in Sweden but what I’m doing is something new and different from everyone else, which is something I think the music industry, specially in Sweden, needs right now. It’s something I call GAY-HIP-HOP which doesn’t necessarily have to do with anything me being a gay rapper, it stands more fore freedom of expression and liberty etc. Combining two total opposites and making them come together. We all know how homophobic hip-hop has been in the past, and still is.

4) With your most recent music project “Do Or Die” is FIRE…Can you give us some details on how you came up with the project?

The project came about while I was living in Stockholm 2016, the intention was to start with music there and to get a team etc. None of that happened and I was living there for 12 months, I wrote so many songs there and the song ”Do Or Die” just stuck with me and I knew that when I wrote down those words, that that was going to be the name of my debut album, whenever in life that would be released. I then moved back home to Malmö and then I felt like I gave up on music, I couldn’t feel any passion left and there was no creativity in my brain. I then decided to move to Berlin for two months and that’s where I wrote ”Not Afraid To Die”, and that’s how I found myself and the passion for music as well.

See me on tour this autumn & winter in Europe, check my social medias for announcement soon.