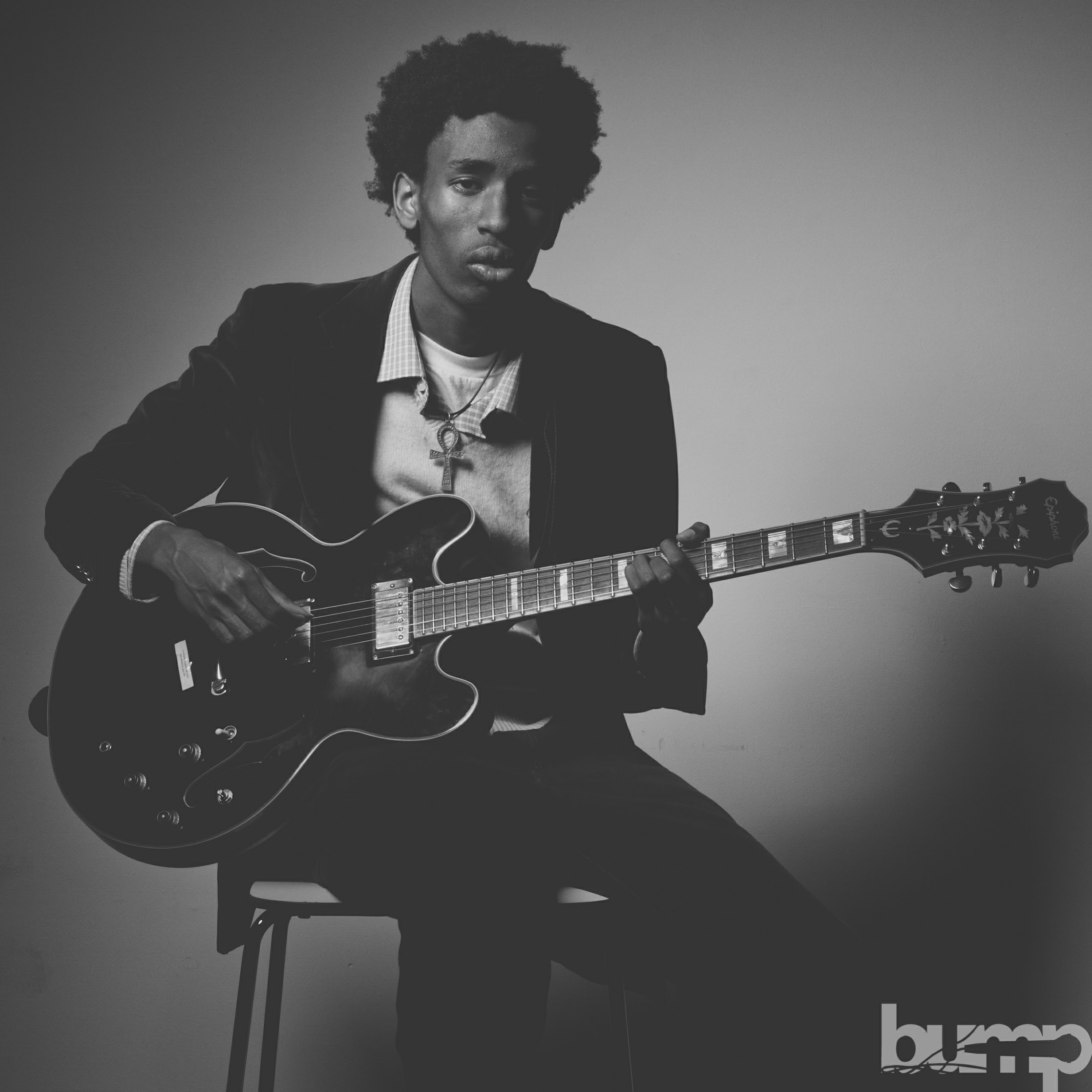 1. How long have you been creating music?

I started playing guitar at 12, and producing at 15. I’ve been making music for 6 years now.

2.  What made you want to start creating music?
When I saw Jimi Hendrix’s “Voodoo Child” live performance at the Lulu show, I didn’t wanna do football or basketball anymore. The coach told me to stop playing the air guitar all the time during practice. My dad was already playing for six months so it made me even more inclined to start playing guitar. From then on I never put it down.
3. Apollo Carter is your stage name. How did that name come about and what does this name mean to you?
The night before my dad was killed by a police officer I told my brother that I felt a weird energy and thought he would die soon. The next morning my mother woke me up crying and screaming, she told me ‘Your fathers been shot by a Police Officer in Texas, they don’t know if he made it or not, come into the kitchen to pray”. Deep down I knew he didn’t make it. I was 16, and I had just started taking my beats and music seriously.  Within a week I had experienced something called “Astral Projection”. I woke in the morning, and when I briefly closed my eyes, I felt this jolt from my body and suddenly I was shooting into space.  I kept trying to open my eyes and move my body but they weren’t responding, I thought it was my time to leave earth.  I was fully aware that I wasn’t sleep, I couldn’t control my own body. Out of no where I stopped and looked up to 3 giant statues of Egyptian God’s surrounding me in a triangle, holding Sceptre sticks. A deep voice shouted “You’re Free”, then their arms raised the stick, hit it to the floor and I shot back to to earth. I could finally control my body again. This was the trippiest experience I’ve ever had and I wanted to find a name that had a meaning. I found the name Apollo, the Greek God of Music, Prophecy, Poetry, and Light I felt like it was a perfect fit for me. Apollo rides a chariot in the cosmos and when I read that Zeus had assigned him a Guitar looking instrument so I felt it was perfect for me so I went with it.
4. You just dropped a dope single called “Stick And Move” and it’s moving! What is the concept behind that record?
The concept of this record is basically saying that I deliver my music fast and switch my style before people can bite it. I wrote it after experiencing producers/artist with bigger names copying my style and lyrics when I started interning for Zaytoven.
5. Breakdown your style and sound?
To be honest I just do whatever I feel at the moment. It took me almost 6 years to be able to effectively produce my beats and create the lyrics over it so I feel like my music is just me. I feel like style ain’t a concept til they see someone do it so I’m just gonna keep being me. I don’t really like to  box my music into a genre or category. This is just me expressing myself to those fuck with me.
6. What is you least favorite part of creating new music?
When I  make my own beats, lyrics, and mix/master my music I feel the process can take longer than I want.
7. Where do you see your brand and career in the next 5 years?
In 5 years my brand and influence will be well established in the marketplace. I don’t just follow where pop is going so I feel like my team and fans will be loyal to my brand. Play the biggest festivals, sell out shows, and continue to go hard. I’m a lot more than just an artist, I’m gonna have my own label as well as different companies outside of music.