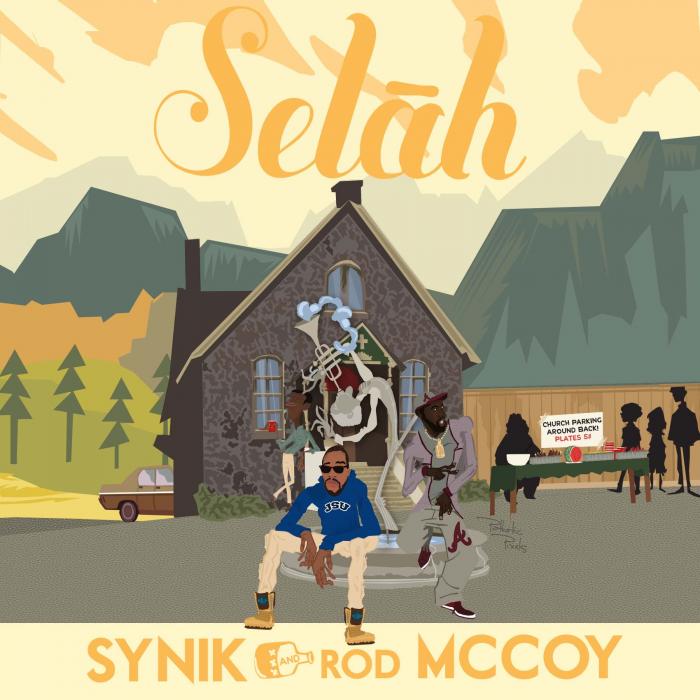 Mississippi native Synik & Alabama native Rod McCoy are collaborating on their new project “Selah” which is defined as a combination between two verses. It only seems fitting that the two, who share a brotherly bond after serving together in the military, spent 33 months putting together what can only be described as a cool, calm and player-like soundtrack.

After meeting in Turkey back in the summer of 2011 while on military assignment, it wasn’t long before they ran the streets of Izmir and treated it as if they were their own. Over the next 8 months the duo would go on to build their bond as artists and start collaborating on an idea for a project that was born in November 2012. The idea came to life at Lee’s Motel in Douglasville, GA where all their writing and hard work came to a head and “Selah” was born

The project has already delivered 4 promising singles in “Parking Lot Pimpin'”, “AHE”, “Price Of Success” and “Rolling Stoned”, with eleven more tracked added into the mix. Features are light, with label mates E-Jay and Blunder rounding out the appearances. Production comes from Skully Cruz, King Haze, The Audible Doctor, Jay B, VenoTheBuilder, fellow military veteran Manhe and more, all adding their sound to “Selah”. Setting themselves apart from the typical “turn up” sound, Synik & Rod are here to prove they are more than just another rap act coming out of the South.