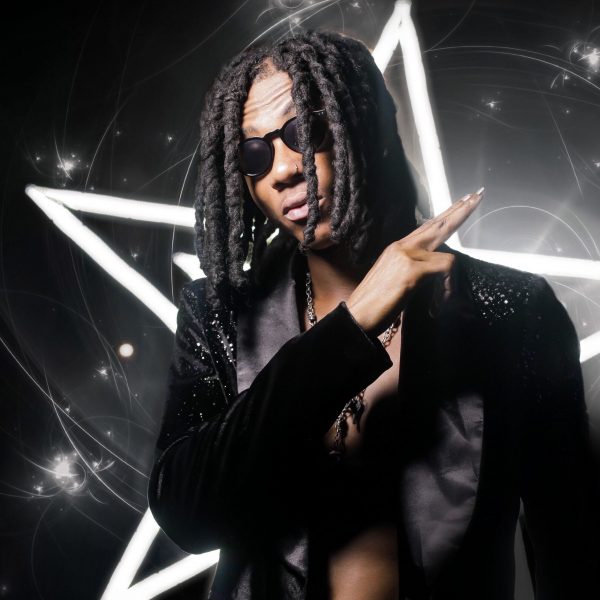 On Friday, August 28, 2020, SNOW FLAKES released ‘NO NATION’ together with the music video for the album’s first key track SHE KILL MAN, the result of an extraordinary collaboration between SNOW FLAKES and the Nigerian composer and Afrobeat star, KILLERTUNES. SHE KILL MAN, is an irresistibly infectious blend of Afrobeats and Tango sounds that trailed his NO NATION-titled debut EP and set him as one of Togo’s most significant stars and one of West Africa’s hottest uprising Afrobeats Artists. This new debut EP contains twenty cohesive and well-produced songs that basically appeal to different sub-demographics of mainstream West African, Nigerian music and showcases his obvious talent – the presumed reason why a powerhouse like Gun By Katta records, that signed this young artist in 2018, would ever have gotten involved.

In little more than two years, SNOW FLAKES’ fresh and genre-blending take on Afrobeats has taken him across West Africa on different concerts, earned him a headline concert slot at Accra Fashion Show Week, won an Award at All Music Awards in Togo, and landed him spots on many important Music channels like Trace TV, MTV Base, as well as on several hot playlists like Spotify‘s Peppeh.

NO NATION is an Afrobeats anthem to love. Urban poet, SNOW FLAKES takes us into his universes, as diverse as they are atypical, which vibrate with the breath of love. The songs on the album are an explicit cross-border African experience.
Snow debut EP contains five international top guest appearances: Young Paris (USA), Kiko (Togo), Miss Erica (Burundi), Murphy (Switzerland), and Mr. Kamera (Zimbabwe).
For four months, SNOW worked intensively in different studios in Lomé, working closely with international composers such as Mr. Kamera (South Africa / Zimbabwe), FreshVDM (Nigeria), Killertunes (Nigeria), Mae N. Maejor (Zambia), PayAttentionToTheDrums (Togo), Mosess Beats (Ghana), Endeetone theBeatLord (Nigeria) and Merlin Cornu (Switzerland). You can tell that the main theme of NO NATION is also reflected in the list of people involved in the process of creating SNOW FLAKES’ debut album.

The love of my fans, the positive energy, and support from my people motivates me and is a source from which I gain a lot of strength. This strength paired with my determination, my goals, and visions allows me to grow beyond myself and give more of myself. I want to live up to my own great expectations and those of my fans and satisfy them. My music is magic that should touch, which should give the listeners rhythm, groove, and sustainable entertainment. When you listen to my music you should feel the urge to dance, have a good time, and have a smile of joy on your face.

First of all, I want to thank you for having me today. When I found out that you would dedicate an article to me and my album Release NO NATION and would like to interview me, I felt honored. Your journalistic work is important for the music industry. This of course also explains the status and respect you have in England and beyond the country’s borders. International black, hip hop, urban, and afromusic has a strong platform with your web magazine.

3) How would you title your style of music?

If you want to know about my style of music, I have to talk about my identity and how it is part of my musical fingerprint. I am a young man from Togo … one no different from all of my generation. we don’t let anything steal our dreams and nothing can stop us from realizing our visions. Not even country or geographical borders will stop or block my or our visions. Mine is about music that will touch and change the world. Even growing up with dual nationality (Togolese/ Nigerian) I always liked the idea of being a citizen of Africa, rather than being limited to one country. This attitude is also part of my musical identity. I am open to different music genres, which makes it easy for me to feel at home in different universes of sound and expresses my artistic essence again and again in different timbres and vibes. At the core, however, I am driven by Afrobeats and the self-confidence of the future and the strength of the past of my West African cultural history and music. NO NATION means being free and unstoppable. I am Snow Flakes a.k.a. Bwadman Santana, my music is AFRO TANGO NEGRO.

4) Being that you are from Lomé, Togo what is the state of Hip-Hop there?

The music industry here is really tight. We have a lot of amazing artists and talented musicians here. Besides Afrobeat Rap has strong roots. So Talent we have plenty in Togo. There is a lot that the world is going to discover soon, it is just hard to survive as an artist or even engeneral. But be ready to be shaken, I promise you my people are coming hard.

5) With your most recent music EP “NO NATION” which is FIRE by the way. Can you give us some details on how you came up with the project?

After I signed with my label GUN BY KATTA in 2018, after three own single releases and six national and international feature singles, the demand and expectation to release my first full album grew. During this two-year phase of individual publications, I have developed enormously as an artist and have consolidated my core. With that I mean I was simply ready for the next step.
It was always my dream to offer music that transcends territories in their geospatial conceptions. And it took an entire album to permit me to express this. NO NATION is a snapshot of an atypical musical world and will hopefully touche your body and soul.
Afrobeats is embedded in people’s cultures; it’s not just a cool thing. People live it and breathe it. It’s a real culture, it’s not just a musical genre. It’s like when hip-hop started back in the day. They told their stories through music. With my Afrobeats I present my Africa in different lights and colors.

I can’t wait that the whole COVID-19 situation disappears and that I can finally go back to give concerts. This summer it was actually planned to do a Europe Tour with big festival gigs in Switzerland and Germany. Well as you can imagine it was all canceled. With God’s help, I will surely hit even harder next year. Besides the concerts, that I love so much, I try to be where ever there is an opportunity to present my work and myself.

So you can find me here:

7) Who are some of your influences?

In terms of people, I found role models and influencers in Wizkid, Fela Kuti, Burna Boy,
Kofi Olomide, P Square, Bella Bellow, Angelic Kidjo, Bob Marly, Michael Jackson, and Eminem. In terms of genres, it is Afrobeats that is sometimes more and sometimes less clearly recognizable in my songs, but it surely is the basis of my music. In addition to numerous other vibes, I discovered tango while working on NO NATION. Tango is very beautiful, elegant, and sensual music that gives me very strong vibrations. Pairing the soul of this style of music, developed by my African slave ancestors in Cuba, with West African rhythms is both a historical duty of and a spiritual experience for me. So, it was obvious to me that I had to work with these types of music. When I merge Afrobeat with Tango together in a song, like SHE KILL MAN or SEXY MARIA, you feel the essence of my artistic universe. I named this essence « AFRO TANGO NEGRO ».

8) Any Last Remarks?
I want to welcome all of you to go and discover my debut album NO NATION. Stream it, enjoy it, dance to it, have good times with it, and share it with your people. Actually, my Album is just like the tip of an iceberg. So expect more to come and many surprises that will follow. All I do is for my fans and for my people. I want to make our heritage and culture shine a light into the cold world we live in today. My adventure has just begun. Feel invited to join and follow me on my journey. #BlackIsTheFuture #NoNation OneTime!

It's not just complacency that made Snow Flakes call his album NO NATION - this of course signifies his identity. The ultimate dream of SNOW FLAKES has always been to offer music that transcends territories in their geospatial conceptions. His music brings a certain universality, specific to his origins. With a spirit of cross-border fusion SNOW mashes up the Afrobeats genre... and it works. SNOW's sound is typically upbeat, with a mid-to-high tempo beat and easy, catchy vocals. He enjoys singing vibrations and feelings that are purposeful and make you dance, shake your head, and forget your sorrows. Much of The young artist's musical appeal can be attributed to his upbeat, lively instrumentals and pleasant lyrics, which tend to celebrate life, love, and positive experiences. While singing, he defines himself with a cool, minimalist, and relaxed atmosphere, typical of Afrobeat. Vocally, however, he manages to have his own identity... to maintain a characteristic that runs as a common thread throughout the album. The album excels on impeccable songwriting as SNOW FLAKES launched into a land that had just witnessed a rain of love. With his quill and ink in the ensuing petrichor, SNOW creates sunsets and rainbows about love, longing, adulation and pain. For 1 hour, he becomes the de facto leader of this land and operates by his own rules. Unlike other acts, he bravely went through 15 (of 20) tracks by himself. It’s good that artists don’t want to be boxed into one brand of music. Sometimes it won’t work, but the effort and recognition of a need to diversify sound and style is all that matters. To this end, SNOW FLAKES intermittently went into the land of lamba and delivered some songs. The album has very strong moments and mesmerizing songs, it is even likely to become a classic. Culturally, the album is a whole lesson on the need for melody and appropriate climax in afrobeats. What it will be is a polarizing project that most people will really love and a few people will be indifferent about. Nonetheless, even the indifferent ones will admit that it produced some incredible songs. For a debut album, this is formidable and commendable. SNOW FLAKES justifies his talent and burgeoning reputation with an anthem for love. He constantly talks about love and thanks to stunning beat patterns with unique approaches and his own insane vocalizations, he never bores his audience - that’s hard to achieve. Of 10 I would give this album a strong 9. But please go and stream the album and discover it yourself Author: Omar Alake