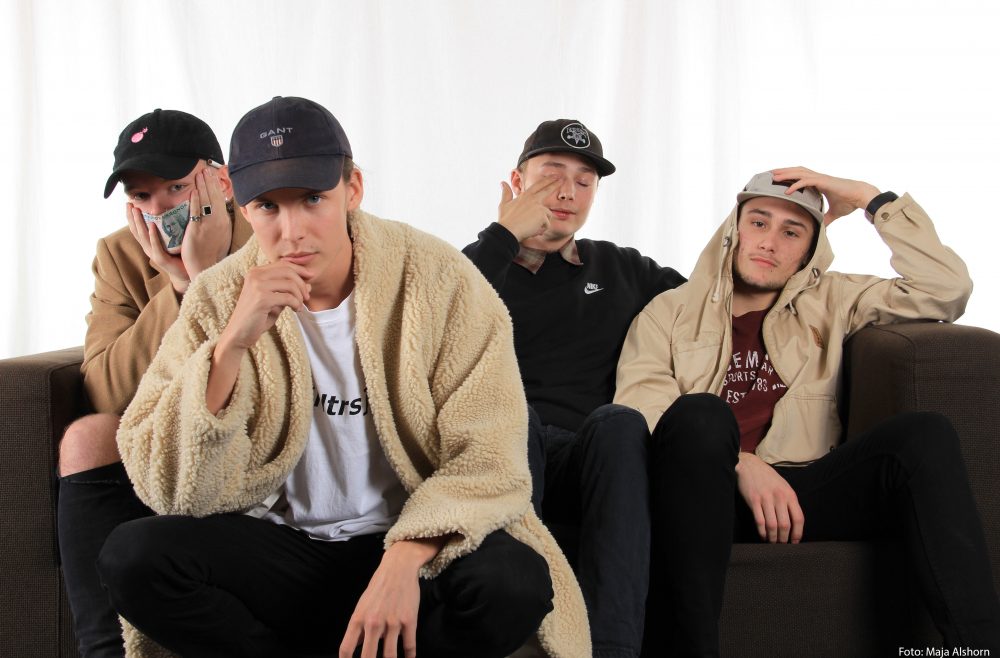 The Sweden based rap group HLTR$ consists of four guys who are 16 years old. Despite their young age, they have already managed to get 360 000 streams on their two songs on Spotify. HLTR$ music is influenced by underground rap but also manages to bring in elements from both funk and pop music. The single Triggered is the first to be released in nearly a year Although Triggered has a dark message it’s still a up beat song with funky elements.

VMG Had A Moment With The Group To See What’s Up In Sweden, And Checkout The DOPE New Single That Has The Industry Going Crazy…

Good response, lit shows, when people turn up to us in general. And also watching people that suck make it.

Well the fact that we live in Sweden makes us very sheltered so we haven’t really heard of you before, but website looks cool as shit, good taste in music 😉

3) Being that you are from Sweden, what is the state of Hip-Hop there? How would you titled your style of music?

Well it’s not too popular making English rap here, people listen to it but most people that actually rap only rap in Swedish, and Swedish rap sucks for the most. It’s all about wearing 3 stripes and how hard it is growing up in the hood. And sure, gangsta rap is cool but the Swedish version overdo it. Our music is kinda like a smoothie of all rap styles, the EP coming up got a turn up trap song, next to a sexy ass jazz like song, next to an old school 90’s pure hip hop song so you know, it’s pretty mixed.

4) With your most recent music single “Triggered” is Crazy NICE, Can you give us some details on how you came up with that song?

“Triggered” started with that our member Phil came with a beat, Kiddo started writing lyrics and pretty much started what the song should be about, Phil caught up with the style and finished the lyrics. We got it into the studio where our producers in V&CK hotted the song up with the funky twist with all the guitars and all that, and made the song complete. First we were like “Nah this isn’t our style” but then we got the vibe and went for it.

We’re most active at Instagram and Facebook, we’re also trying to get a little better at snapchat We go by @hltrs at all those medias. But of course you can also listen to our music at YouTube, Spotify, tidal, iTunes and such.

The thing is, that we all have such different music tastes and influences, and we think that it’s that what makes our songs so mixed.

Yeah, we’re about to take over. And shoutout to Markoolio.