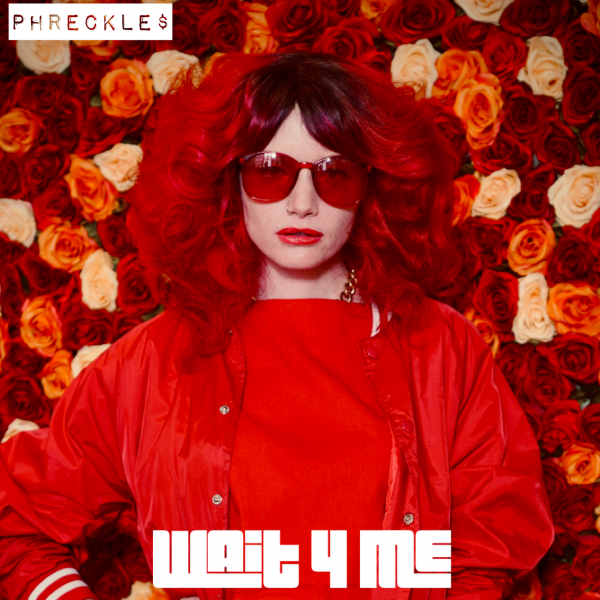 Phreckle$ had trouble fitting in growing up and started drinking and using drugs at 12 years old. From being bullied to self-harm, to substance abuse, to be a domestic violence survivor, the path was never easy, but one thing that was always there for her was music, in fact, she would go further and say that certain songs, like 2pac’s “keep ya head up,” saved her at times where she felt like she couldn’t go on. Playing and expressing herself through music has also always been prevalent in her life, as she picked up the trumpet at 9, played it with the top instrumentalists in her school in Carnegie Hall at 12, and played bass guitar in four different punk bands in her teenage years. At 19 she got pregnant with her now 12-year-old daughter and has raised her daughter on her own. Inspired and driven again by music like Nipsey Hussle’s “Marathon” album, and Nas’s song “I Can,” she set off when her daughter was three to follow another one of her dreams to become a fashion model. The first SEVEN agencies she went to turned her down, and the eighth one, Photogenics, signed her. Within 10 months, she moved her and her daughter out of Pomona and off welfare and food stamps and started traveling the world as an internationally signed professional fashion model. This came with great rewards and great risk, as drugs and alcohol are prevalent in the fashion and entertainment world and she found herself more broken than ever before, when her daughter was with her father, and she felt like she had all the things she thought would make her happy, and still could not find happiness. “My parents didn’t think I was going to make it, they told me they were just waiting for that phone call.” Revisiting music, as a solo artist, in 2012, she started releasing songs under the name of “FemaLe,” ….” but all the songs were about partying and getting drunk and high and superficial things that I heard everyone else writing about. Then, someone I really respected told me I should think about getting sober. Because I respected this person so much, I tried to do it. It didn’t happen overnight, I had a lot of relapses, but now I’ve made it, to FIVE YEARS SOBER.” Which brings us to this song, “Wait 4 Me,” released on her five year sobriety birthday. When asked what her goals and aspirations are in music, she replied with “it may sound crazy, but I want to save people like music saved me.”

My daughter keeps me motivated above all else. The music itself keeps me motivated. My feelings, emotions, experiences, drive me to write more, I feel that music is one of the most powerful forms of communication we have. Writing music really helps me get through different things, it’s like a coping tool for me. When something bad happens in life, and my experience can help someone else, or I can make a song out of it, it’s a way of turning it beautiful, so it’s not so bad anymore

Honestly, I don’t know too much about Vintage Media Group, but thanks so much for having me here!!!!

3) Being that you are from Los Angeles, what is the state of Hip-Hop there? How would you title your style of music?

Yeah, so the state of hip hop in Los Angeles, I mean, there’s A LOT of artists out there. Models, actors, musicians. People always say if you can make it in New York, you can make it anywhere…. but I think that’s more true about LA. There are a lot of people here trying to make it, and the people are different here than anywhere else I’ve been. It was hard to find good friends for me here. Even the venues are different, a lot of them take advantage of the people here trying to make it, and they have you sell say, 20 tickets to do a show, and if you don’t sell all 20, you have to pay for your tickets yourself. New York gave me way more love as far as doing shows. I went to the place, met the owner, and they asked me what night I wanted. No ticket sales, no issues at all, all I had to do was show up. I stopped doing the pay-to-play show LA has because it took the joy out of performing. Instead of getting excited about putting on a show, I was stressed about who was coming to the show. Pre-pandemic says I was only doing shows friends of mine put together. I’ve been so lucky to find some amazingly talented other artists out here, and producers, engineers, to do this music thing with… but it took time to find them. As far as my music style, I grew up in the punk scene and got into rap later. I also listen to some pop music. For me, it’s more about the feeling of music that does it for me, rather than the style. So, I try not to stay in any one box or style… Some of my songs will sound more pop, some will sound more rap, I have one that sounds kind of house (dunno how that happened haha) and I’m thinking of releasing a mixtape soon, of tracks that have more of a rock edge to them. I don’t want to be “just a rapper,” I just want to be “an artist.” I’d rather not be trapped or stuck in one style of music.

4) With your most recent music video “Wait 4 Me” is Crazy NICE, I Really Like It… can you give us some details on how you came up with that song?

Thanks! that song was interesting to write because originally it was just supposed to be about progressing in life in general. I had written a different rap verse to it but it didn’t feel right. One night I was on my way home from somewhere and there was a Hearst in front of me (the kind of car they put dead bodies in) It was going the same way as me and We were on the same driving path almost the whole way back to my place. And driving behind that car I was like in my head thinking “damn, it’s so wild and just, sad, that my parents didn’t think I was going to make it.” And then the idea came up where I realized “Wait 4 Me” is a song for THEM, and that my rap verse should be like, a letter to them! As soon as I got home I rewrote that part and the song took on a new form. Music is like that, you draw inspiration from everywhere.

Oh man, so many! Depends on what I’m going through really! I would say first and foremost, artists who really changed my life are 2pac, Nas, Fergie, and Nipsey Hussle… but depending on what I’m going through, I’ll have other artists I listen to. I was in a pretty rough relationship a year or so ago, and there was this new-ish artist Phora who I really got into. That’s the crazy thing about music. You can go through something, and this person you have never even met before is speaking or singing YOUR words, YOUR feelings, and they are there for you-Sometimes in a way that is more comforting than people you do know are. Not because the people you do know don’t care, but because that artist understands exactly what you are going through on a whole other level, and you’re not alone in it anymore