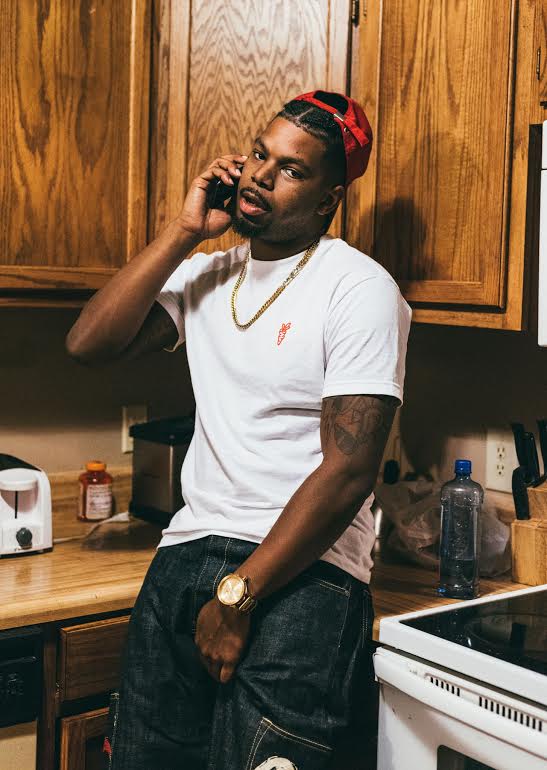 How long have you been doing music?

Been puttin music out since 2012
What do you feel you bring different to the music industry, that is not already there?
a unique combination of Witty wordplay + grabby hooks that stick witcha
What is the concept behind “Early” and how long did it take you to shot the video?
concept was us having a show(40oz bounce in Knox) followed by a lil sleepover where as soon as we lay it down people start blowing our phones up. Took a couple of months to shoot the various scenes
Where were you at when you came up with the concept for “Early.”?
we were just in the studio & this lil chick kept calling while I was handling business lol
How does your environment effect the style of music that you create?
it plays a big role. My music is energy/emotion based so what I’m goin thru, what I’m doing, what I’m around is what I put on wax, nothing fictitious
What is the hardest thing in life you had to overcome and how did you overcome it?
hardest thing so far has been proving to family that this is the route for me. A lot of them had their own dreams & plans they thought I should be doin but @ the end of the day it’s my life & music is my passion so that’s what/why I’m pushing..slick still overcoming that
Where do you see your brand and career in the next 5 years?
I see it on top. The music is undeniable. My hustle is relentless so there’s really no cap. I see the brand being an international influence inspiring progression & productivity