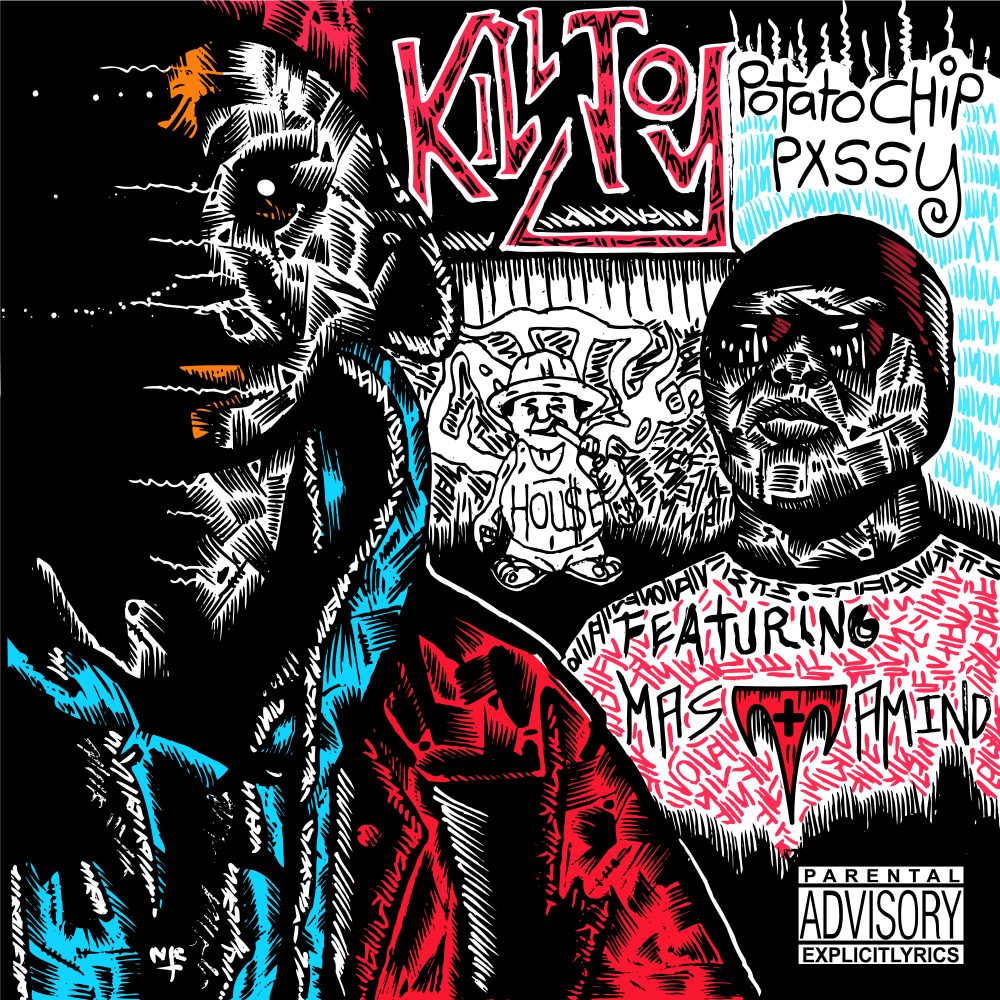 With such a crazy title, and visual VMG had to sit down with KillJoy and find out more about this music video.

Life. It’s the gift and the curse homey. Sometimes it’s both at the same damn time. Like I’ve done shit in the past that I won’t comment on, but it was some real negative type shit. At the times it had me feeling like the man though. Like super g, un fuck with able, alpha male shit. As I got older and had more experiences in life I gained more knowledge as to how my actions affected people around me. And even people I just briefly came into contact with too. It’s like “oh I understand now why I was being viewed as an asshole, or a criminal, or whatever.” But being alive in this physical form is a crazy fuckin weird experience. That holds true for everyone, but like no two individuals have the same weird experience. So that’s a trip to me. This is my chosen form of expression for documenting my journey.

I will say I don’t really stay in touch so I’m not super familiar with all the inner workings as far as how you guys do things. That being said though I know the website is dope cause I’ve personally explored it a few times. As far as just the name itself though it’s definitely clear, and invokes emotion. I think for me personally the word vintage represents a certain quality or caliber. At our label Fattys House we produce a “sparkling wine”, which is really champagne, but that’s a whole other story. But anyways, we have our own brand of sparkling wine called Casanova. In that industry vintage refers to a certain crop of grapes which were considered quote un quote “the best.”

3) Being that you are from Cali, what is the state of Hip-Hop there? How would you titled your style of music?

I’m honestly from all over, but Cali is the only place I really consider home. Right now I have been building a home slash studio out in Colorado, so I’m adjusting to a whole new scene. Out in Cali is weird though. When I first started doing shows the violence was still breaking out at events a lot at those times. So it was getting harder and harder to become a part of any show or event that held any weight. It transitioned after awhile and the mood started to really change into a more collective, and less competitive way. Sometime recently though honestly I’ve felt it begin to make that shift backwards. Artists are beginning to develop the attitudes again where they aren’t concerned a lot of the times with any one elses feelings, or hopes, or expectations of certain events or incidents. Maybe I’m wrong, or maybe I’m right and it will turn around though? It’s too early to tell. I will say I’ve been blessed to do a lot of really incredible shows with veterans who have remained as humble as they are talented. So my experiences out West have remained incredible, and safe. As far as my style of music though my boy Fat D told me a long time ago he called his music “mood raps.” As part of the Fattys House family I kind of adopted that. It’s clearly music from an educated gangsters perspective, but it’s too broad to be labeled gangster rap.

4) With your most recent music video “Potato Chip Pu–y” is NICE, I Really Like It… can you give us some details on how you came up with that song?

My boy Fat D who I mentioned before originally came up with just the title and concept jokingly. I heard him tell it to me and I swear the idea itself I could see glimmer like gold. I told him immediately that I loved it and wanted to use it for my album and he gave me his blessing. I had already previously planned that somewhere on the album I had to have Mastamind featured. It wasn’t until I had a beat, and a chorus, and one verse written that I realized the song needed another perspective to further illustrate what the idea was. Once I explained all this to Fat D he responded with “Mastamind” with like zero hesitation. After the song was recorded and everything was said and done the experience was just too smooth. Even though we all have such different styles we were all instantly on the same page with that record. It was a no brainier from there that it had to have a music video. We hired Editz from New Mexico and shot one version of the video for the internet, and a completely separate music video of the same song for our upcoming DVD.

You can follow me on instagram @killjoyfhr, or on twitter @officialkilljoy. I’m on Facebook at facebook.com/killjoyus. Our official website is down at the moment getting a face-lift. But when that’s back up it’s FattysHouse.com. But most importantly of all. If you don’t want all the up to the minute updates just subscribe on YouTube and you’ll never miss out on all the meat and potatoes. Make sure you leave a comment wherever you go too, so I can hear what you think.

I’m influenced the most by any individual who goes out of their way painstakingly to be unique. I hate it if I hear you tell me your favorite artist and then I see you create and I see nothing but similarities. Musically though my biggest influences are Michael Jackson & Eazy-E. Anything or anyone beyond that is secondary. I’m also highly influenced by my closest partners that I work with and create music with. Because it’s the friendly competition among my peers that pushes me the furthest.

I’m really blessed these days. None of what I do would be possible without this talent I was born with, and for that I have to respect and thank God. Secondly I need to acknowledge all of the fattys worldwide. Anyone who has ever told a friend about the things we are doing over at Fattys House has been a bigger help than they probably know. Thank you to you guys at Vintage Media Group, and shout out to all of the legendary artists who put their own name on the line to co sign some kids from the hood who chased their dreams.