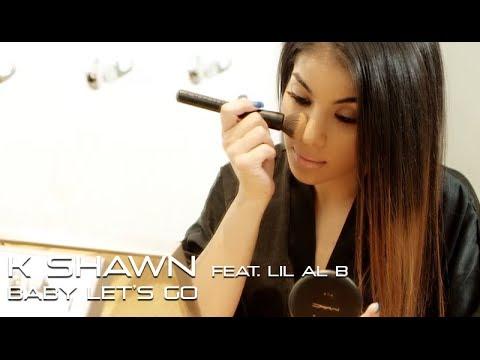 Southside Chicago rapper and Abillionaire Inc. co-owner K-Shawn presents the Nalo Duvalle-directed music video for “Baby Let’s Go”, the Ayo-produced single from 808 Dreams, K-Shawn’s new mixtape also produced by Jahlil, Rob Holladay, Chase Davis and Gorilla Boy, with features from Kid Ink, Young Industry, Swaggy B, Sincere, and Lil B Sure, son of R&B legend Al B. Sure, who laces the hook on “Baby”. K-Shawn cut his teeth on the Illinois scene with his crew The Wise Guys before moving to Los Angeles, where he released his mixtape OutCheaNess (listen on DatPiff) which featured Yung Berg, Boogz Boogetz, Kid Ink, Jahlil Beats and Johnny Juliano. “The song’s basically me telling my girl she doesn’t have to worry about nothing,” K-Shawn says. “Just be ready when I get there.”