Frank, An Average Rapper Feat. Saba – They Told Me 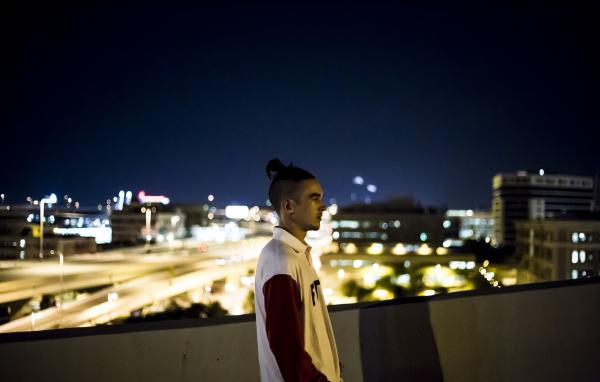 Frank, An Average Rapper is the easily relatable “white teenager-wannabe-rapper” finding his place in a world filled with many distractions, opportunities, and new experiences. His sophomore mixtape “Let Me Be Frank” (available October 17th) speaks on consumerism, the future, friends, and the ever-present task of finding yourself in a new and spacious world. The mixtape is light in places (“Make You Late” talks of bad relationships over Seinfeld and Caprisun) and introspective in others (“Something Something” speaks of deciding between love and possible fame for the focus of one’s future). Frank doesn’t deny his lack of street credibility, but rather embraces it. Regardless, he’s gotten ins with Chicago’s upcoming rap scene, including Saba, Brian Fresco, and others.

“They Told Me” is the first single off Frank, An Average Rapper’s sophomore mixtape, Let Me Be Frank. The uplifting song features a verse from PivotGang’s Saba, the artist behind the widely acclaimed mixtape ComfortZone, and also featuring with Chance the Rapper on “Everybody’s Somebody”.