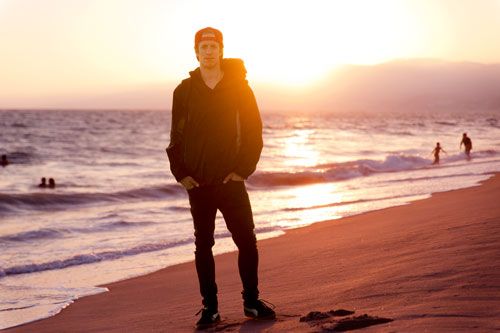 When it comes to producing inspirational trap music, Davey Gray has most definitely got the midas touch right now. The Los Angeles based producer just unveiled “Ghost U”; a melodic and futuristic trap/bass jam, which will join this talented musicians growing arsenal of online music.

When asked about the single and its message, Davey told us that ‘Sometimes you really like someone and everything seems to be going well, then you get ghosted for some reason. “Ghost U” is about laughing it off and moving on’.

“Ghost U” follows Gray’s collaboration with NGHTMRE , when the pair remixed Porter Robinson’s “The Seconds”. The remix received major support from a number of influential EDM blogs, resulting in a top 10 on the infamous HypeMachine.

If you’re a fan of Trap music, then there’s no doubt, Davey Gray should now be on your radar. With the promise of more good material, this West Coast producer is only heading in one direction.