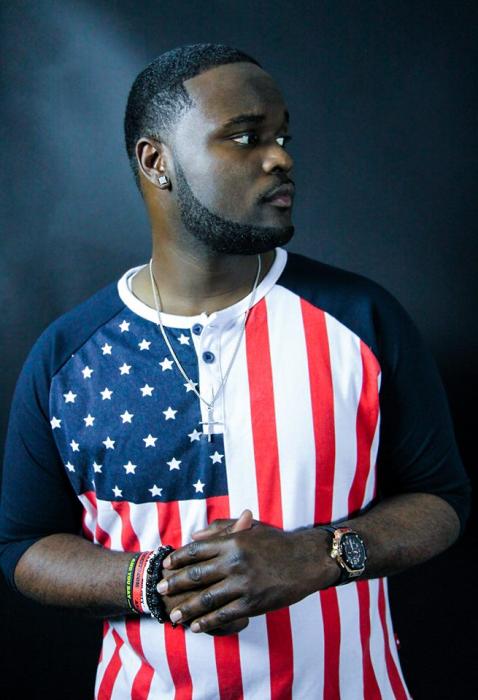 Being from a city that has unlimited range of numerous stars, Chi City is looking to be the next big thing out the Chi, VMG had a sitdown with the “Windy City Talent” to find out if Chi City will make a name for his city, his state, and the music world to see.

1. How did you come up with the stage name “Chi City” does it mean anything?

Yeah the name Chi City means a lot to me because it represents where I’m from and it’s a constant reminder of what I been through growing as a kid in Chicago, so I always keep that in mind to grind and work hard every day so that I can put myself in a better situation from how I grew up. But around the time I was going through the process of tryna choose a rap name that represented me and what I stood for, I wanted something that was easy to remember and that stood for something much bigger than a single person, and one day I was sitting around tryna come up with a better name than the name I had at the moment (LOL) which was horrible by the way , but a friend of mind from Baltimore was like” you got to rap about where u from , tell these people about “Chi City” and I was like “that’s it, I am chi city, that’s my name ” so once I choose chi city as a stage name , I took the business route and trade marked the name , even though it took me a year to close out the registration I now own the name “Chi City” So when people hear me say ” I Am Chi City” it’s because I really am.

2. What separates you from other artist “Chi City”? What is it that you know about yourself as an artist that makes you different?

I can’t really say what makes me different because we are all artist, some are great and others are just staring out, so really the separation is a level thing. But, I can tell you what separates me in my own lane that would consider me to differ from others. I am someone who is willing to do what you tell yourself you can’t do; I go far beyond what people expect from a hip hop artist. I do what others won’t, and I go where others can’t. It’s about how willing are you to sacrifice time and relationships in exchange for where you want to go in life. Everyone has their own limits, some people become successful and feel like they made enough money to retire, then you have those who feel a billion dollars is not even enough to satisfy their ego. I look at myself as someone to looks at the business the same way you look at life; it’s that serious because it has to be “one”. I am what I wake up doing every day, and that’s winning and being the best at whatever I set my mind to. Creativity is one part of the process , there’s so many steps at hand that you have to take before you can start to differ yourself from others because we all start out somewhere, and then we end up in the next place. But it’s about reaching that next place, and what are you willing to do to get there. Are you gone give up if the road gets tough? Will you get satisfied to early? Or are you going to rise beyond everyone else and be the one who looks back and say “I told you it was possible”.

3. What are some accomplishments you’re hoping to achieve outside of your music touching lives and having an effect on people, what else do you hope transpires from your music?

Music is a universal language that everyone can understand, so I always believed that through my music I can get across a message that’s far from what I want people to understand because everyone is separate but we all connect in some way. My music helps me find what people actually want and need out of life and it starts with great entertainment. I want to venture off into movies, TV, fashion, film, Broadway, creative designs in transportation and housing and much more. I want to create a very unique way we choose to be entertained, if it’s how we eat to how we watch TV or even get to work every day. Figuring out a more inter active way for concert goers to interact with the artist and feel more a part of something great rather than feel like someone who is momentarily attending an event. My goals and dreams outside of being an artist is far beyond what you will hear, you will be able to see and touch it as well and speaking through my music will help me do so.

4. What inspired you to become an artist?

The people around me and the people I see everyday inspired me to become an artist, and plus I love to entertain and I always felt that great entertainment sometimes help the world as well as destroy it. Some entertainment carries bad intentions and people get attracted to negative things because it’s amusing to watch how corrupts some people are . But great entertainment also helps peoples get through life by creating space for imagination to grow and stretch beyond what people say we can and can’t do. Being an artist means being someone creative and innovative to help others feel good about them self’s and the world we live in. If it affects them in a good or bad way depends on the situation there in at that time. The art of entertainment is a UN crafted art that still continues to grow every second. So that means my inspiration to be an artist is continuously growing.

5. Have you incorporated other genres such as pop or rock in your music?

Yeah of course , I love all genres of music, I’m true to the culture of hip hop and rap, but I have done music with pop artist, edm artist, etc. I never limit myself to what I can do musically. Music is so diverse now and days that hip-hop has become a part of so many genres of music and opens up a lot of lanes for creative artist and musicians do what new and innovative artwork regardless of how it sounds or how different it is.

6. Are you working on any new mixtapes/album?

I actually just released a new project called “My Untold Story” which is what I’m touring and promoting now. I have a lot of great records on there , pretty much a mixture of all styles of music, from hardcore rap, the laid back hip-hop joints, to the raunchy up-tempo records it’s all me, but its substance and a meaning behind every record. I plan on shooting a video to mostly all of the records on this EP, and I plan on working on a new project right after the summer to have something fresh for the fall time.

7. Are there any rumors you would like to clear up?

Hmm, if I had to clear up any rumors I would choose the thought around what people consider “selling your soul” for money and fame. I mean the last time I checked music wasn’t the only venture that makes millions, so does doctors, lawyers, etc. so if that was the case we all sell out in some type of day. Money is supposed to be made; some just choose what to do with their money differently than others. Illuminati is a strong word that circulates around music so much with false information that if a new fan is clueless about what it actually is then they are forces to believe what they are told the first time around and no one seems to want to correct the mistakes that they see mislead so many people. So over all I would say the rumors about you have to join “the illuminati” or sell out to become successful in the music business is false. But I will say some people are willing to do whatever it takes to become successful which sometimes they choose the wrong way to go about it, and are willing to walk over and do some pretty bad stuff to get to the top but hey, ” it’s the game, a lot of dirty hand and not enough sinks to wash them off”.

8. When you think of “Vintage Media Group”, what comes to mind?

(LOL) a group of individuals who love old ass music, (Ha Ha) but for real what comes to mind a someone who wants to keep an art dying art form alive.

9. What can we expect from “Chi City” this year? Or in other words, coming up soon?

You can expect every goal I have set to be accomplished this year and will be met with phenomenal results. The limits are beyond any set bar right now, I have a lot of great things in the works and my drive and mindset to become successful as an artist and business is far beyond just me saying I have the passion for music , I have much more than just passion for what I do . I’m re-releasing some great vitals; I have some great features in the works that I will be releasing as well as shows and tours. Music fans will soon know who Chi City is.

Vintage to me says “old but not forgotten”. That like the new craze now everybody wants something vintage , if its clothes , shoes, gun glasses what it is somebody gone be like ” you that’s vintage” and this shit can be new as hell lol its just cause its looks old they never seen it . Same goes for music , a lot of newer artist are doing what they call a “vintage sound” because their taking it back to that raw old NWA lyrical shit, Back when music really caused controversy.

Yeah everyone who what’s to get involved with my music and stay updated with what I’m doing, follow me on twitter, and face book and instagram @iamchicity. Check out my website at www.iamchicity.com, and my YouTube channel is YouTube/whoischicity Thanks a lot for the interview.