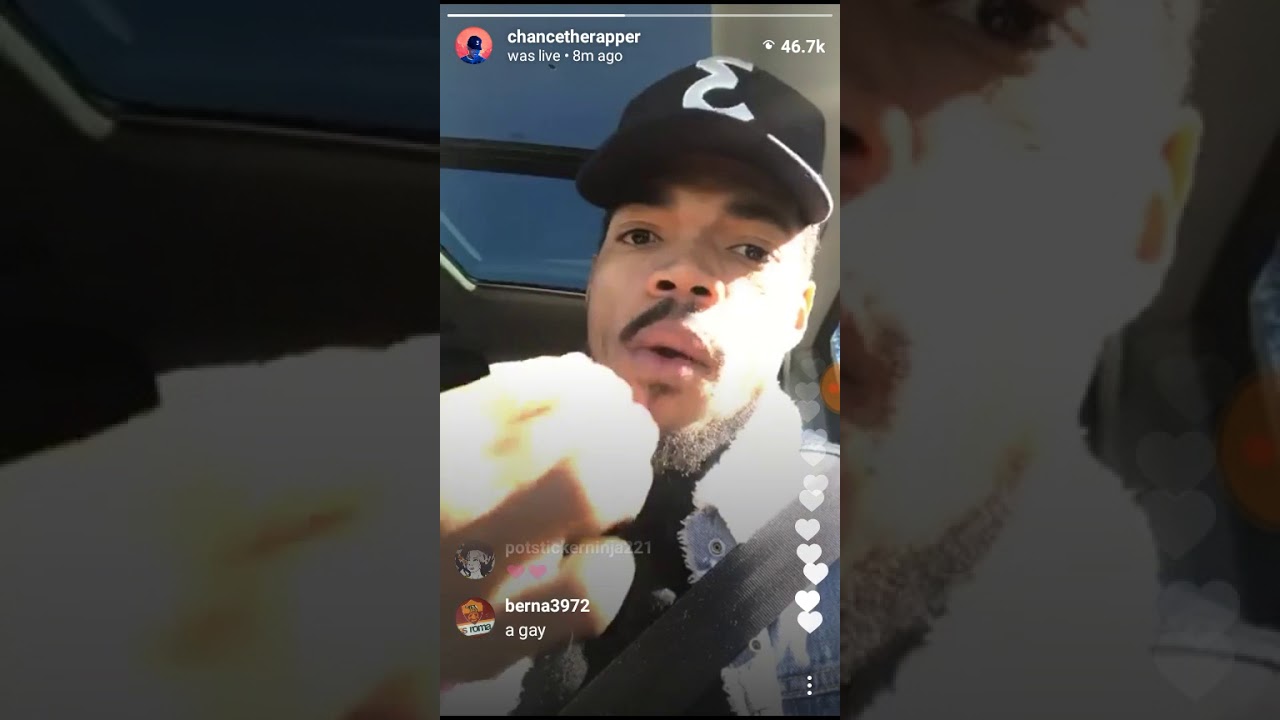 Chance The Rapper took the precautionary measure of livestreaming a recent traffic stop in Chicago for his fans in case things didn’t exactly go his way. Despite the tension of the moment, Lil Chano, who was riding with Kirsten Corley, the mother of his child, went on about his business after getting a warning ticket.

“Just want y’all to be here in case it gets out of hand,” Chance said to the camera. “Should be good though. Should be straight.”

“I have great faith in humanity and the men and women that put on the badge, but, you know, you can’t be too careful,” Chance said as he munched on food and licked his fingers.

He says they’re being stopped in Chicago, noting to his followers that “you know how they do m—–f—— out here.”

The paper adds that Corley and Chance The Rapper simply thanked the officer, who let them go with a warning for a reported moving violation.