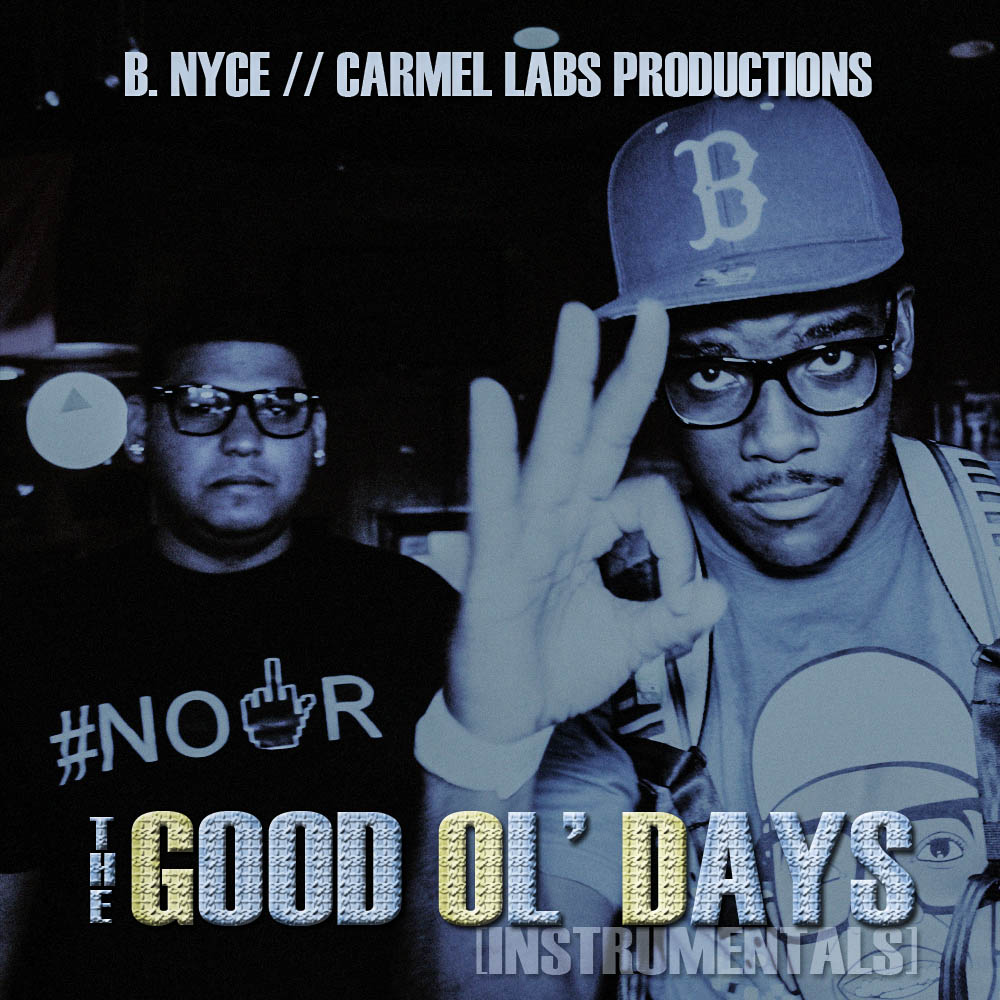 #TheGOD has 17 instrumentals of various genres and about 200 more beats will be released as a part of this series over the next year. Look out for #TheGOD2 coming at you in about a month or so.

The Good Ol’ Days beat tape: a rhythm-driven, occasionally minimalist, strangely funky soundscape from the mind an even more strange B. Nyce. The beats in this set were created between 2003 and maybe ’09. Hope you enjoy the variety of sounds and genres you will hear from my previous, present and future production. Big up to Ms. G. Paid for doing my “B. Nyce on da traaxx!” tag; I love it. Big up to Carmel Labs Productions co-founder MD. You’ll hear his work on this project and you will be hearing a lot more sooner than later. Two times for the homie @BeatsByEsK of Cold Busted, whose production also features on The Good Ol’ Days. My name is B. Nyce CLP aka Alec Burnright.

I’m hoping you won’t find any beats you were already looking for in The Good Ol Days instrumental series. Not this one, and not the ones to come. I’m hoping that the unexpected funk will provoke your inner soul into making something new and fresh. So tired of the formula that is often followed today. They may not all fit you, but I believe you will eventually find a gem that screams out for you in this or a future release.

Leases on these for $49.99. If interested tweet @BNyceCLP @MDofCLP @CLPNation or email: leasebeats@clpnation.com. I was thinking about putting up the beats from my 3rd mixtape, Nyce Guy Vol. 2, soon…