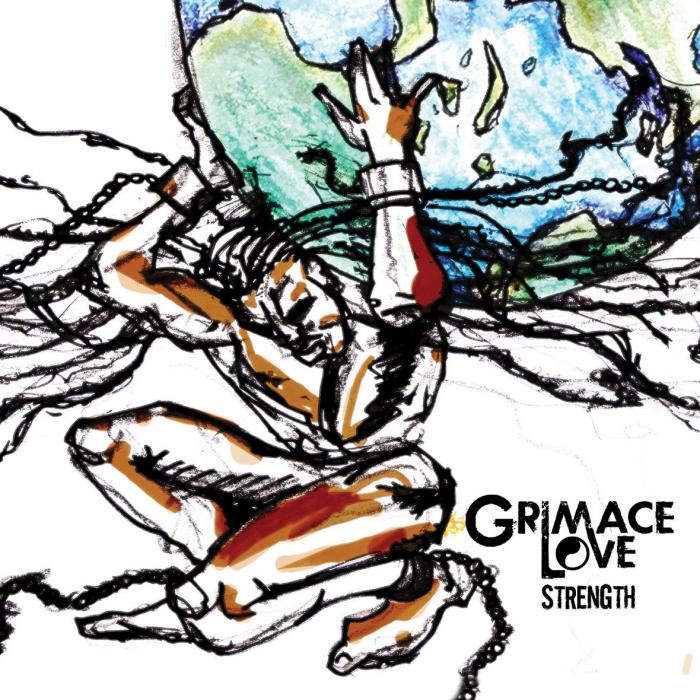 As usual Grimace Love furiously attacks the mic with his signature raspy voice, aggressive delivery plus clever/witty bars on this album. Not to mention the fact that Grimace always gets very deep and thought provoking on his records, opening his heart and soul up for his listeners to truly capture the Grimace Love experience. “STRENGTH” features production from rising North Carolina producer Dose (1 half of the group Analog), plus T Dot pro beat markers Rich Kidd and Die-Rek, as well as fellow Monolith members Charisma aka Skizzz, Wio-K and Lancecape. The album also features stellar guest appearances by Toronto all-stars Nish Raawks, Phoenix Pagliacci, Mazaman, Korry Deez and SepTO (to name a few)…

Grimace has been building up momentum for the release of his new album “STRENGTH” by dropping a bag of powerful new singles/videos since late Spring. He started with the release of “BURNT BREAD” produced by his go to producer Lancacepe and directed by Jojo Karume (Solid Water). He followed it up with the dirty banger “20 PIECE”, also produced Lancacepe, featuring Nish Raawks. The video was shot, directed and edit by Big Sproxx (Freedom Writers). Grimace Love’s most recent release was the well received, reggae influenced, MuchFact awarded single/video “Tell Dem” featuring Wio-K and Degazity. Produced by Wio-K and directed by Andre Rehal (Worked Films). With such impressive releases to date, as well as solid production/features, Grimace Love’s new album “STRENGTH” is definitely one to add to the collection.

(“STRENGTH” will also be available on limited edition CD on October 9th via www.grimacelove.com. The CD is an extended version and includes two bonus tracks not available on iTunes or Bandcamp)