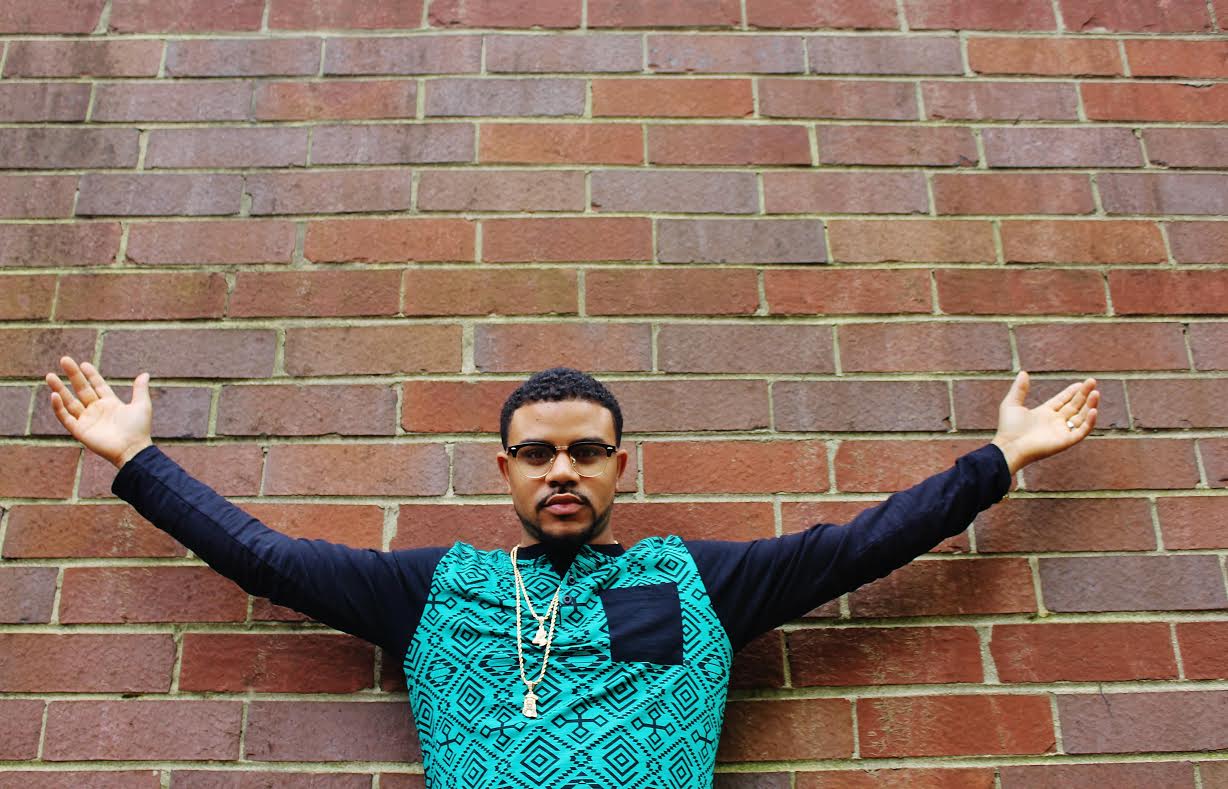 Well I have been making music for a very long time. I have been playing the piano since I was five. My dad playing the piano and I fell in love with it. That’s what I was around all of my life. On top of that, my dad told me that it was a rule in his family that the men had to learn how to play the piano. He told me that it was a gift that no one could ever take away from me and I wanted to learn it. Music, for me, was my way of escaping. I wasn’t really popular in high school so music was my secret and it became something that made me feel special. I love the look on people’s face when they hear my songs, it’s really cool.

2. How has your environment effected the type of music that you create?

Well, I would say that the world, in general, has had a major effect on the music that I make. I was outside my apartment, one day, and I’d just made this beat. I was listening to it in the car to make sure it sounded right, but as I was listening to it, these kids were getting off the bus.  They were pretty young and looked like they were between 8 to 12 years old. They were all outside shouting, “yeah I’m the dope man, I’m the dope man boy. I’m the dope man, yeah I’m the dope man.” These kids were Black,, White, Chinese, etc. and they were all chanting this! I said, “Man, this is crazy.” It was disgusting. I couldn’t believe it and I said, Man, I gotta stop playing,” because it was always a dream of mine to be a rapper but to be a different rapper.  A rapper that taught you something, a rapper that motivated you, and made you be the best you you can be. It’s a lot of talented rappers out here but they are really selfish. They all talk about what they have done in their lives but what about the people? Now they’ve had artists do this, but none of them are main stream and it’s because, in my opinion, music has turned into a popularity contest instead of being about the art. It’s about what can you do on social media to make people look at you like you’re crazy. With a woman, it’s who can you slap on tv to make yourself look cool. Instead of the talent being advertised, people are more into the characters than the music.

3. What is the hardest part about being a musician, from your prospective and do you love the journey?

Well, I would say the hardest thing is getting people to notice you.  I mean, actually notice you for your talent and not for your name or the car you drive, but respect you for who you are. For me, the journey is very educational. Music is something that has always motivated me. Because of  my love for music, I work extremely hard to put myself in the position to be famous.

4. “Come By Here” is the name of the project. Why that title and what do you feel this project is saying to the buyer or streamer?

“Come By Here” is actually a message. It’s a message to life and a report of the world with what it’s saying to the buyer or streamer. Well, I hope it motivates you and makes you love yourself

5. Can we look forward to seeing you tour, to promote this project and how important are doing shows to you?

Yes, of course, you can’t make music and not tour. Plus, I love reaching my fans and performing on stage.

Well I’m going to keep putting out good music and I intend to push it as far as it can go. Wherever God’s will takes me, then that’s where I will go.