Yun Quest Feat. Young Dro – Get It Up 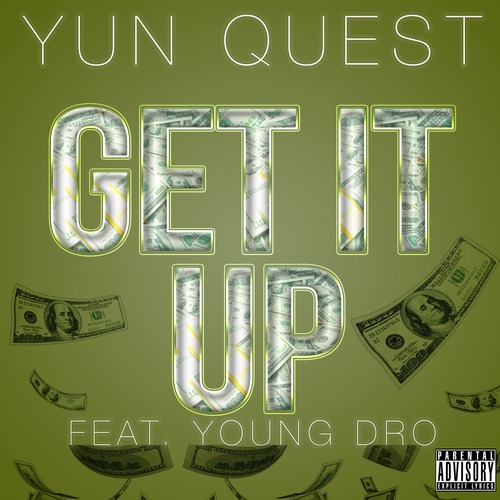 Writer/Producer/Artist Yun Quest released two independent mixtapes on a street level with free distribution of over 50,000 CDs. Yun Quest exudes his outlook on society through his art and passion which is expressed in a very innovative and intellectual way. An artist that desires to paint a portrait for anyone going through parallel situations, Yun Quest is not the type to glorify the drug dealing, gang banging, or acts of violence. His motto which is very direct in his music is “Get it How U Live” as long as it serves a purpose and you have a plan. Yun Quest, “Redd Dawg” to most people from his hometown in Phoenix City, AL & Columbus, GA, is a charismatic and very creative individual. Yun Quest’s music is an honest reflection of his life story – very open-minded, intelligent, and aggressive with a focus on cutting edge production. Today we introduce him single “Get It Up” featuring Young Dro.