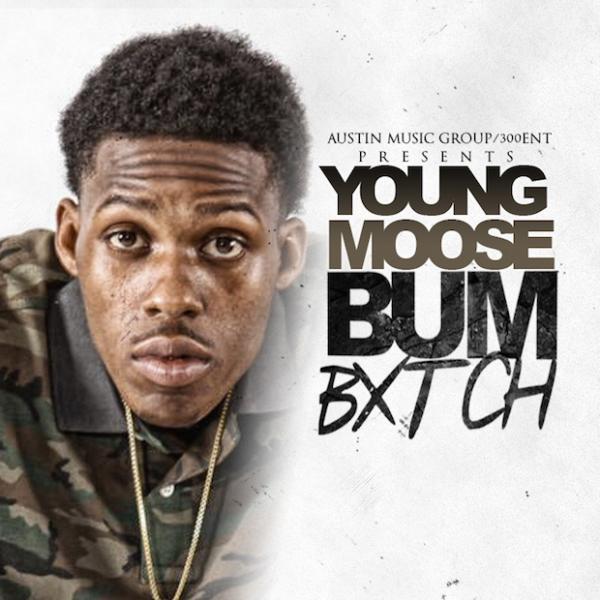 Slowly, but surely, Baltimore has been pushing talented artists to the forefront over the last several years. Hailing from East Baltimore, Maryland, Austin Music Group artist Young Moose is looking to grab a piece of that pie and make a name for not only himself, but his city. Known widely thanks to his 2014 mixtape O.T.M. 2, which featured standout singles “Posted” and “Dumb, Dumb,” Moose is gearing up to release a new EP April 6th titled OTM 3: Something Out of Nothing on Spinrilla https://spinrilla.com/mixtapes/young-moose-o-t-m-3. With “Bum Bitch” Young Moose serves up a high-energy single dismissing all lazy, unmotivated, and nagging females that want to be affiliated in hopes of catching a ride on his coattails.