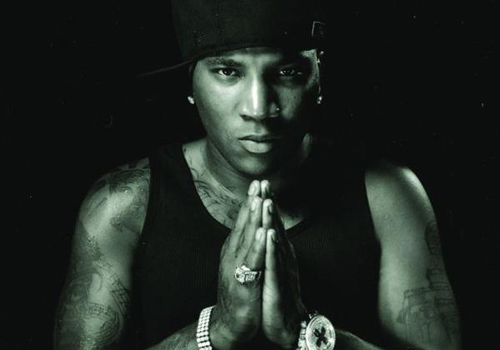 Last week, MTV’s hip-hop brain trust revealed its annual “Hottest MCs in the Game” list — seemingly one of the few measuring sticks rap artists take seriously, and thus take issue with — and Young Jeezy was conspicuously missing from it.

Excluding the Atlanta rap veteran from the Top 10 ignores the recent triumph of his oft-delayed fourth album, “Thug Motivation 103: Hustlerz Ambition.” Despite numerous false starts and release date push-backs, Jeezy’s first album since 2008 was certified gold after one month, an accomplishment few artists can achieve in the era of illegal downloading.

So did Jeezy, who kicks off his headlining tour at the Fillmore Silver Spring on Saturday, take issue with the slight?

“Of course not,” he said in his recognizable gruff. “When I got into this game, it wasn’t to be an MC. It was for cats like me that go through these trials and tribulations. A lot of these rappers act like they’re a part of [the streets], but I’ve never been the type to strive to be accepted by the rap community.”

If the “I’m not a rapper” claim sounds cliché — and at this point, it does — then Jeezy, the 34-year-old rapper born Jay Jenkins, at least deserves credit for never wavering from his script.

Since the release of his classic 2005 mixtape “Trap or Die,” Jeezy has played the role of street motivator, a self-proclaimed cocaine dealer who just so happened to pick up a microphone. Jeezy’s “realness” — early YouTube clips show him driving through rough Atlanta neighborhoods in a Ferrari and handling AK-47s — spoke to a young generation of wannabes and suburban kids fascinated by street life.

Over the years, Jeezy’s hard persona has softened ever so slightly, thanks to high-profile collaborations with the likes of Rihanna, Kanye West and Usher. Rapping on a Rihanna single (“Go Hard”) illustrates Jeezy’s appeal: He lends street credibility to a major pop artist and, in return, he branches out to a wider audience.

So it seems fitting he named his record company Corporate Thugz Entertainment, as if he’s taking the lessons he learned from the streets and applying it to the music business and beyond.

“We’re trying to set ourselves up to be the new age Jay-Zs and P. Diddys,” Jeezy said. “It’s bigger now. We’re being businessmen.”

Just like those rap titans, Jeezy has a clothing line, Eight 732, and a stable of up-and-coming rappers under the CTE brand. He’s currently working on the “CTE World” compilation album, which will feature his artists Freddie Gibbs, Scrilla and more. The album is tentatively scheduled to drop this summer because “when it gets warm, you need to hear that Jizzle,” he said.

Besides the CTE project, Jeezy said he’s focused on the Hustlerz Ambition tour. He said it’s been a long time since he’s performed in the area, and that he’s excited to perform the “TM103” material.

“It feels like ‘TM101′ all over again,” he said. “It’s got a cult following. It’s not the average people that come to my show. They love what I stand for.”

The album’s latest single, “I Do,” has contributed to much of the buzz. The soulful, buoyant track features Jay-Z and Andre 3000. When it comes on the radio, it’s hard not to groove with its punchy horns and crashing cymbals, but listen closely and you’ll hear how clever Jeezy can be as a writer.

“Remember the night we first met, I caught a contact / Now she’s my ride or die, it’s us against the world / You know we both hustlin’ so hustlin’ is our world,” he raps. He sounds like a loving boyfriend, but it’s really Jeezy fondly remembering his old profession.

“[People think,] ‘I thought this guy talked about standing on the corner’ and it is that, because I’m still talking about my loyalty to the streets, but I flip it so everyone can understand,” Jeezy said.

He doesn’t seem too concerned about casual listeners missing the song’s double meanings.

“You might even get married to ‘I Do.’ Hell, if they pay enough, I’ll come perform it,” he said with a laugh.

It’s an absurd idea, but at the very least, “TM103’s” success proves Jeezy likely won’t have problems finding places to perform for a while. Most importantly to Jeezy, he hasn’t lost his core fan base. And as much as he’d love recognition for his music, he says lists such as MTV’s don’t make or break him.

“I’d love for them to respect what I do, but there’s plenty of people that do,” Jeezy said. “As long as I’m not selling out the people that ride or die with me, I’m glad I’m not an MC. I’m a motivational speaker. I’m not that rapper dude.”