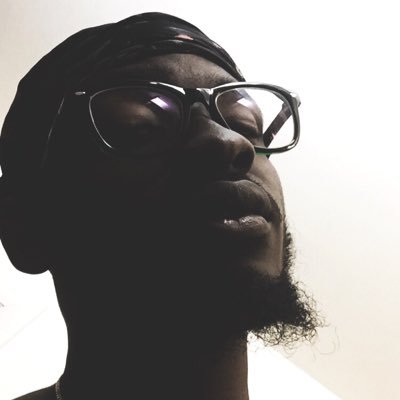 Among the upcoming rappers, Young Cautii has been able to earn an excellent reputation. He is a singer, musician and a rapper. He has been blessed with few outstanding talents, which can assure a bright future for him.
Young Cautii has been contributing towards the music industry only for a short period of time. However, he has been able to achieve outstanding success with his contributions. As of now, Young Cautii has released many hot songs. Out of the hit songs, the one titled “Pain and Glory” is the most popular. In fact, this EP was able to receive more than one million views on Soundcloud within the first 24 hours. Only few tracks have been able to achieve that record and it guarantees the bright future that Young Cautii will have.

He has also released few other tracks, including Heartful and Goals. All these tracks are popular on leading music streaming platforms on the internet, such as iTunes and Spotify. People are just getting to know about Young Cautii and we can expect those tracks to attract many more purchases in the future. In the meantime, Young Cautii will contribute heavily towards the music industry and release many other tracks.
Young Cautii is still 23-years old. He has a bright future ahead of him and we will be able to see him among the hit charts in the future. Let’s keep our fingers crossed and see what he will be able to come up with. One thing is sure, Young Cautii will never disappoint us with the work that he will come up with.

Honestly, Music is life , life is music because everything you do . knock over anything what ever it is . makes a sound. So many YouTube videos today to confirm my thesis. But that’s something i always felt growing up as a kid . I’m really a music junkie i love new songs i can relate to from popular artists . i also love the creating process of making music and waiting on songs to sent back from mixing . I’m just a music junkie .

New releases of original music and one of the best idle promotional Blog/Magazine on the net . And I’m thankful for the opportunity to be apart of the culture, here at “Vintage Media Group” .

3) Being that you are from Boston, what is the state of Hip-Hop there? How would you titled your style of music?

The state of Hip-Hop in Boston, is rising and emerging new talents , such as my self and others . There’s still isn’t an Boston Sound certified just yet. i feel like Boston as city needs to break barriers within the city for better greatness in the future . i can say my style of music is a mixture of Pain & Glory, because i went through a lot to be able to write these songs. Plus I’m still working on expressing my feeling, through my music . i want my fans to be able to relate to me through the ups and downs of life, that everyone experiences no matter your demographic.

4) With your two most recent singles “Goals, and Heartful” are both nice, which one do you like more? Also can you give us some details on how you came up with both songs?

I honestly can’t even decide because Goals is Powerful record that’s prod by,”FIFI X TheBoys” , I really didn’t shy away from being direct on what i had to say . i feel like Goals was a statement to rappers and fans that i can actual rap and deliver clever lines and catchy hooks. Goals was truly a 2019 warm up record , i was at work when i came up with it , my producer FIFI but wasn’t at the time sent me the record and rest was history .

And my recent smash HIT ,”Heartful” prod by Dinamico Beats / FIFI”. i “Young Cautii” tend to get in his feelings about women i encounter in life . i usually take one encounter that was Great and put it in my songs and create records like Heartful . But i was in a dark place when i wrote this song and recorded it 2 years before i put it out. I wasn’t myself then i looked in the mirror one day and remembered who i was . – Young Cautii

You can follow me Young Cautii on all social media platforms.

I’m influenced by Young Thug , Trippie Redd , DaBaby , because i listen to them everyday and can relate heavy.