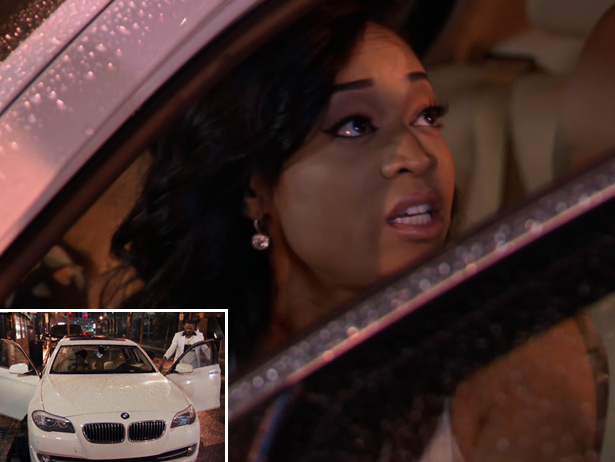 “At the end of the day, people will respect you more for living within your means rather than temporarily stunting”.

Last Monday Love and Hip-Hop ATL’s Stevie- J won the player of the year award when he presented MiMi with that beautiful all white BMW. The car was beautiful indeed, and as played as is was to stunt on Nikko like that, somethings were just not adding up to me. Lets do some simple math, Stevie J’s estimated net worth is $5million. This does not mean that Stevie J is seeing millions come in every year, it simply means that with all of the work he’s done in music, business, etc, his assets are worth about $5million. Just last Year there were rumors that his 2012 earnings from Love And Hip-Hop ATL were garnished due to child support. Now, the 2013 BMW 5 series that was presented to MiMi from Stevie J runs anywhere from $50,000 to $60,000. Which is exactly why it reportedly was returned to the lot the very next day. I said two things were going happen, A. It was a lease and the vehicle would have to be returned in 36 months, or it was going to get repoed because I didn’t for see MiMi allowing herself to be stuck with the payments. While MiMi is worth an estimated $1.5 million herself it just wouldn’t be smart to purchase a vehicle that cost half of your whole networth. Long story short allegedly the vehicle was for stunting purposes only, and it is reported that the his and her Rolex are in fact legit. While Stevie J won the on-air battle, Nikko won in real life. MiMi still has the Rolex that Nikko bought for her…it did not have to be returned.