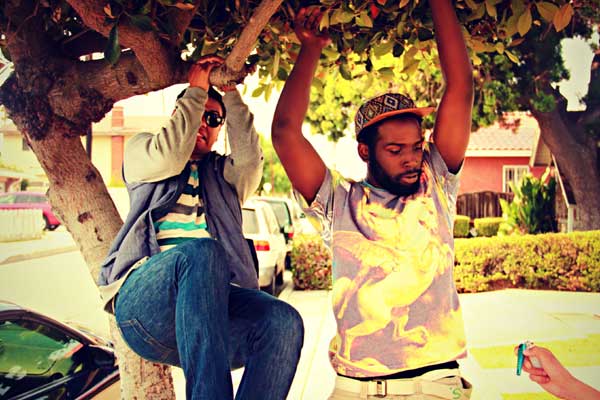 Vallejo, CA duo WeAreSkywalkers present “Cloud Kingdom”, the David McCloud-produced single from their first studio-length album, Welcome To Cloud Kingdom. WeAreSkywalkers was formed by Kid Raven & Kid Shokora a few years after they met each other in summer school. Since 2011 they’ve released ten mixtapes that range from DIY mashups/remix/remakes/originals. “WeAreSkywalkers are a collective of misfits who dig hip hop,” Raven explains. “Sometimes we rock fresh and new beats and sometimes we make ‘lazy’ mixtapes where we cop the beats of other artists, while laying down altogether fresh and original rhymes. We’re nerds, but not in the MC Frontalot/Bill Gates kinda way… instead we are nerds in that Lupe Fiasco way, nerd chic. Geeks rule the world, so the Kids have a real fighting chance to take over before too.”