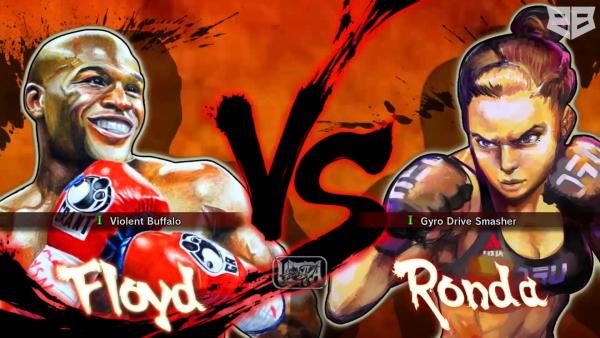 It’s the fight so many combat sports fans would die to see — the dominant boxer (Mayweather) vs. the undefeated MMA fighter (Rousey). Well, you can, now, sort of, through the magic of Street Fighter 4.

YouTube user and game designer Richie Branson “played around with texture files” in the PC version of the game to create the Mayweather and Rousey characters, then took them through a little highlight reel of each fighter’s style and finally pitted the two against each other. Branson used CPU-controlled characters for the bout to keep things honest.

You can watch for yourself, but I think fans of MMA and “Rowdy” Ronda Rousey’s much more expansive skillset in the octagon will be pleased with the result.