Vonte’ – Read Between The Lines Mixtape 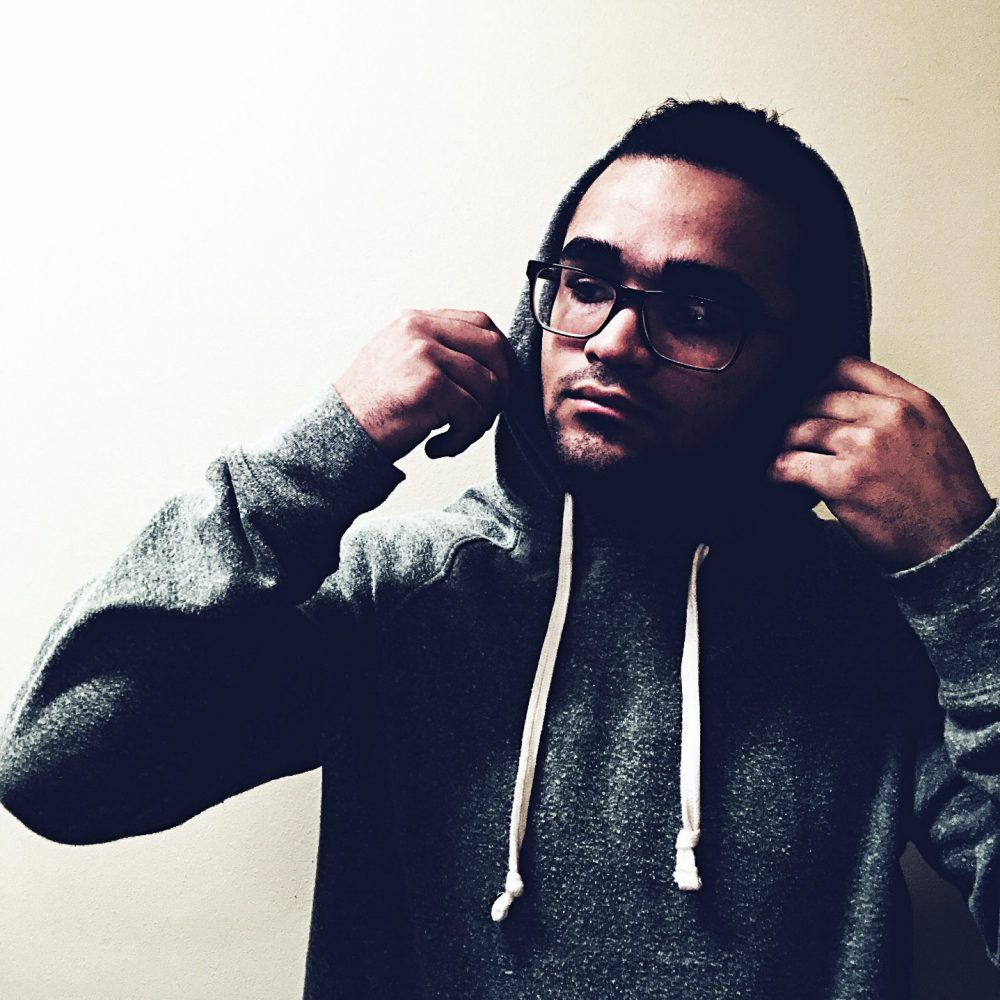 Up and coming rapper Vonte’ was born Jhavonte’ Moon in Norfolk, Virginia but grew up in Clayton, North Carolina.  Strongly influenced by artists like J. Cole, Kendrick Lamar, Chance the Rapper, Eminem, Big Sean and Drake, he has created a style of music all his own.  Every song has a dynamic sound designed around how the subject matter makes him feel so it is difficult to define as a specific style.

Vonte’ works hard to take his music to the next level, determined to prove to anyone who has ever doubted his abilities that he has what it takes to make it in the tough business of being a rap artist.  The bigger picture for him, though, is just being able to turn his passion for music into a career that he loves.

The music industry feels like home for Vonte’.  His passion fuels him forward, using every new experience and bit of gained knowledge to further his career and improve his skills.  He has spent a great deal of time just studying the artists that have inspired him in their performances and interviews.  It gives him the motivation to stay focused on his own path to greatness.

Vonte’ got his start as a singer, never really considering that he might rap one day.  He wrote his first lyrics to a remix of a favorite song, “The Way” by Kehlani and Chance the Rapper. He decided that it wasn’t too bad, so he continued to write increasingly better and more passionate music. Now, he is taking his talents to the next level by pursuing a music career in his own right.  There is no shortage to the self-confidence he has in his amazing music he creates as a rap artist.

The biggest struggle for Vonte’ is just getting his music out there for the right people to listen to it.  Creating the music is easy, it is something that is a part of his, but having the connections to give it life beyond that is something he is still working on.  It is his hope that he can collaborate with the right people and gain an audience with those who can move his dreams to the next level.

While he has always self-promoted his music, he has not yet had the opportunity to play in any public venues.  Having gone straight from high school to the United States Air Force, his time has been limited by his duties there.  While Vonte’ is very proud of his service to his country, He is looking forward to the upcoming separation at the end of his time there so he can better pursue his music.  He plans to dedicate all his time and effort to furthering his career as a rap artist.

His first mixtape, “Read Between the Lines,” is about “paying attention to everything that you are missing in life – not letting the demons that you have in your life bring you down or distract you from what you really want to do.”  He feels that every song on it has a purpose and a message that just about anybody can somehow find relatable.

He is currently working on ideas for a second mixtape and intends to pursue the right avenues to get it out there to the listening public.

There is no doubt that Vonte’ possesses the talent and the determination to take his music to the top.  You can catch some of his tunes on SoundCloud and follow his on Twitter or Facebook for all of his latest updates.

VMG had a moment to sit with the young G to find out what jumping with the new mixtape “Read Between The Lines” mixtape.

~I’d say just the feeling of the finished product, and my passion for it which drives me to be the best that I can be.

~When I think of “Vintage” I think of classic, something that is unique. So I would say when I think of ‘Vintage Media Group’, I think of a media group that has a classic hip hop vibe to it.

3) Being that you are from Norfolk, Virginia what is the state of Hip-Hop there? How would you titled your style of music?

~Well I was born in Norfolk, but raised in NC.  The state of hip hop in NC just varies, but overall I think a good representation of NC would be J. Cole.  How would I title my style of music…I can’t really put a certain style to it, but if I did I would say a mix between Chance The Rapper, J. Cole and Drake.

4) With your most recent music project “Read Between The Lines” is Crazy. can you give us some details on how you came up with the overall project?

~Well I was in the process of writing the song, ‘Let It Loose’, and I realized I havent worked on a project yet.  So I spent a couple of hours trying to come up with a concept of an idea that would be very unique.  So I thought about how many people miss the small things in life and how sometimes they don’t ‘Read Between The Lines’, and as soon as I said that phrase to myself I just knew that it would be the title.  I wanted every song to have a deep meaning to it, but also to be dope at the same time.  The project doesn’t have a certain style, I did it that way so that every type of person with different types of styles could enjoy it.

~Thank you for your time, and I encourage everybody to check out my project!