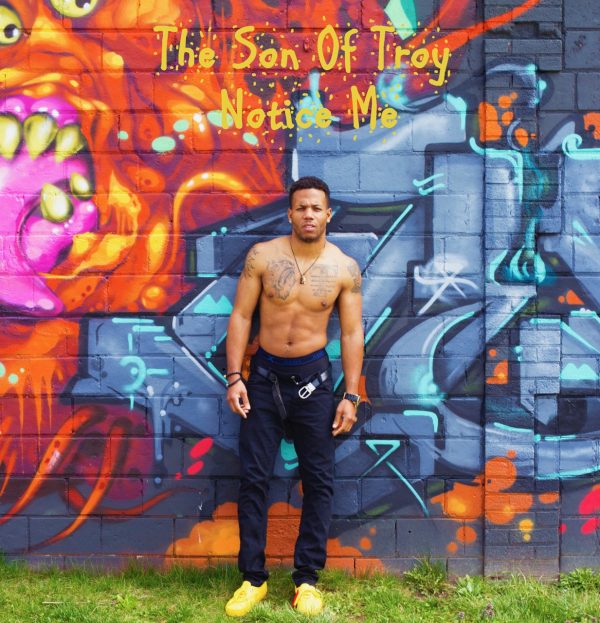 Coming out of Columbus Ohio there is an artist starting to roar onto the local music scene. His pop-rap style mixed with R&b singing vibes is sure to catch your ear. The artist displays plenty versatility going from very confident in your face aggressive rap in a song like “stick & move” to displaying a caring and hopeless romantic love style in his songs like “ericas interlude” & “cant let you go”. Just officially releasing his first song last year and several more this year look for The Son of Troy to be around for a long time potentially climbing all the way to the top!

VMG had a moment to sit down with the young guy to see what’s new and next for the buckeye state native.

What keeps me motivated is that writing/recording music provides a positive outlet for me. i want to be able to leave a decent piece of me when i’m gone.

Vintage Media makes me think of timeless music.. no matter how long ago it was created vintage media will always be relevant and meaningful.

3) Being that you are from Columbus, Ohio what is the state of Hip-Hop there? How would you titled your style of music?

The state of hip hop where i’m from is actually on the rise imo. I’m a fan of music period and i really dig some of the other artist around, its only a matter of time before someone becomes a household name. i wouldn’t necessarily classify myself as “hip-hop” although i do rap at times i just do whatever the beat/track compels me to do. I think i’m more classified as R&b and pop rap but that’s IF you HAVE to classify.

4) With your most recent music project “The Roaring” Son Of Troy is Crazy NICE, I Really Like It… can you give us some details on how you came up with the idea for this project?

All of the released tracks so far have been inspired by life situations that i’m currently dealing with or have before that help give me a structure for a song. My latest track “Stick & Move” is one that i came up with trying to keep myself moving thru life thru the ups & downs you gotta fight them and move on! you’ll be hated, you’ll be loved, you’ll be hurt, you’ll be misunderstood but take each situation and deal with it head on then move on.

Some of my biggest influences are Prince & Sade along with Raphael Saadiq, Lil Wayne, Babyface i could go on forever but ill stop there.

Music is a language that everyone understands and brings so many people together.. Get Involved!!!