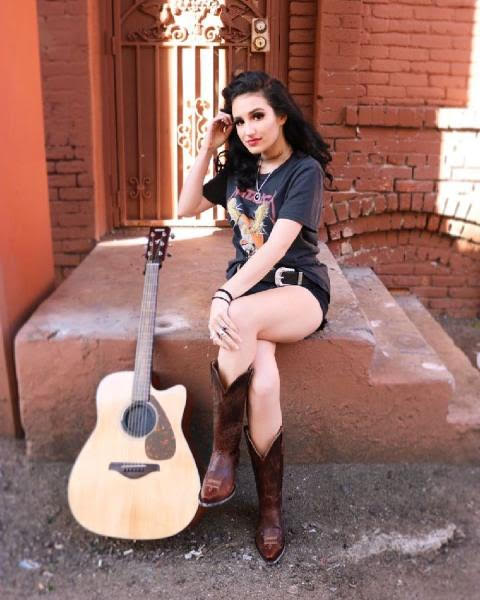 1. Who is Savannah Rae and what does she represent?

Savannah Rae is a texas-loving, good food-eating, honest girl. I represent a lot of life experience in only 20 short years. I hope to be a role model for young girls and guys out there. No matter how many times people knocked me down, I stood back up and I hope that message translates to other people and they can learn from my past mistakes and experiences. I also represent strong women that can do anything they set their minds to. I just want to spread good vibes, good music, and good times.

2. Breakdown the concept behind “I Hate You” and how did it come about?

‘I Hate You’ is a classic break up song with a fun twist on it. I wanted a song that really captured an inner anger that somebody feels when they’ve been hurt, but with a positive spin on it. “I’ll write my name on your hood, I’ll write my name on your checks, I’ll take your card and charge anything I want to” are all actions that I would never actually do. But there’s no harm in imagining it right? I also wanted this to be an anthem that really sticks up for myself after being mistreated. As soon as we wrote this song (me, my producer, and another writer) I knew it was very special.

3. Why do you feel the marketplace needs a record like “I Hate You?”

I think most people would take the song at face value. “I Hate You” is a powerful statement.” “WOW, did she really name her song that?”. When in actuality, it’s so much more than that. This song is about empowerment and a fun song you can sing along to. Would I actually “…leave her bathroom a mess, and cut your white sheets in two…”? No. But is it fun to imagine that? Yes. This song is about taking the power back in a bad situation and I think the radio market definitely needs a song like this playing.

4. If you were to do a remix to “I Hate You.” What 3 mainstream artist would you put on the remix and why?

I would love to have a trio of leading ladies in the country market all sing different parts of this song. It would be awesome to have Kelsea Ballerini, Maren Morris, and Kacey Musgraves all put their voices and attitudes on this record. I think they have such great energies and really represent strong, successful women in today’s music industry.

5. Hardest thing in life you had to overcome and how did you overcome it?

All throughout my school career I was bullied. From being shoved into lockers, prank called at all hours of the night, yelled at in the hallways, the harassment was endless. There were social media accounts dedicated to harassing me that would constantly post how ugly I was, or how terrible my music was. People would play my music on the loudspeakers in school or on the televisions to make fun of it. Even my so called “friends” joined in on it. I would eat lunch in the library and started skipping meals and would go hungry because of the constant harassment. We eventually had to move cities because it got so bad. However, I decided that I wasn’t going to let them win. That I would rise above it and be stronger. That I would show them that they were all wrong about me and that’s something that I do constantly remind myself even to this day. I learned from everything I experienced and I believe it has shaped me into the person that I am today.

tags: I Hate You Savannah Rae Savannah Rae Gives Up The Tea On Her New Record
previous Glo Washington - I Give You Me
next New Upcoming Artist Officialvybe Heating Up The Music Charts With His New R&B Single "Tell Me".