Vh1 Series The Gossip Game Has Been Cancelled 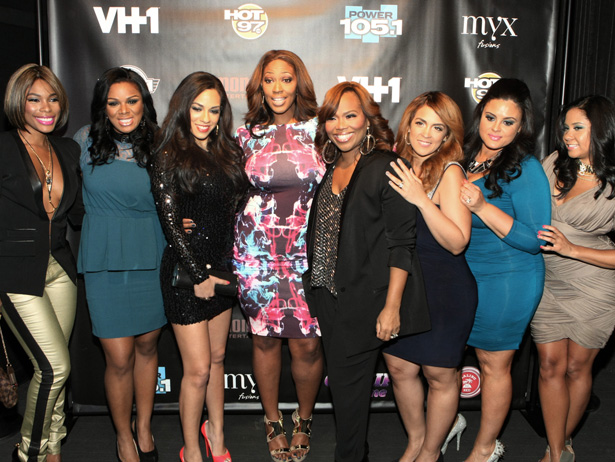 Debuting this passed April Mona Scott-Young’s VH1 series The Gossip Game has been cancelled after just one season. It is unclear as to why but one thing that has been confirmed is that New York’s former Hot 97 radio personality and co-host of The Gossip Game, K.Foxx has been fired. The exact reason of the sudden separation has not been confirmed, but rumors have been buzzing about a heated argument between boss/ co-host on Hot 97, Ebro and K.Foxx. Whatever the cause K.Foxx is just as clueless as we are as to why she has been dismissed.

On her abrupt “firing”
In radio, they don’t give you a two week notice because you could just go on the air and wild out, and say “F*ck you!” and all that. So they have you do a shift and tell you after your shift not to come back. It’s not unheard of for you not know what’s going on up till then.

On how her co-hosts, Rosenberg and Cipha Sounds responded
They’re shocked. And confused…I’m a good person. I always came in to work I wasn’t a bitch to anyone. I always smiled. Did lots of events. I was a team player. [DJ Funkmaster] Flex called me and he said: “You didn’t deserve this. You rode for HOT-97.” I wore that logo on my back.

On Ebro Darden saying “you’ve seen all the rappers’ Johnsons” and that she “got your job” at HOT-97 by sleeping with someone–that you “slept your way to the top”?
I was thinking—is he saying that “the top” is HOT- 97? That’s the top? For me it’s not. So, I just think that when somebody says that they’re just trying be malicious and hurtful and they just have no idea of who I am or what my story is. That’s why it’s so important for me to do interviews like this. Because you go through so many things, and you don’t want to be a b*tch if you will and lash out but there are little girls who are looking at us.
One thing that I will say about it was that it was hurtful. Because the person that said it, my program director, is the one that hired me. And he brought me in and he knew that was not the truth. So why are you going to play with me like that? Why are you going to play with my livelihood like that?

I have to be honest, it was refreshing to see a group of women sharing some of the same goals trying to advance their careers in the world of hip-hop and journalism. I don’t know if people grew tired of seeing grown women act so immaturely, or maybe the 11 o’clock time slot was no good for the show, or perhaps the subject matter was just not appealing to anyone outside of the gossip sphere. Good luck to all of the women, though it only lasted one season, hopefully it gave the women the exposure that they needed and or wanted to help advance their careers.