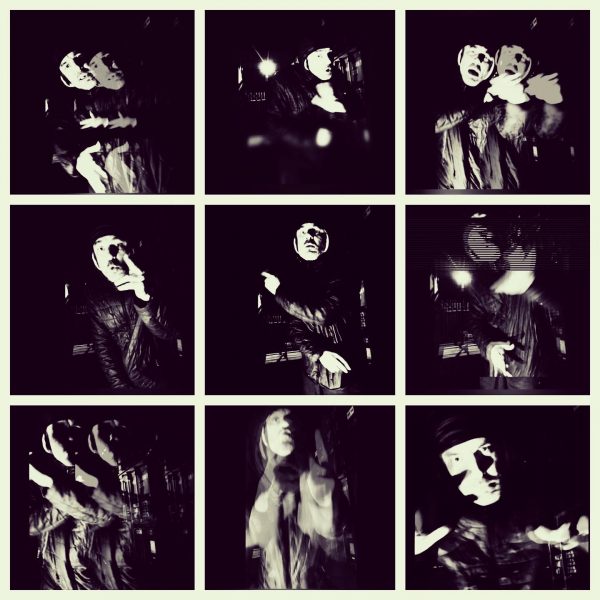 A new breed of artist at the centre of South London’s slow-burning cultural revolution, Ultra_Eko is arguably one of the most diverse and inventive independent talents around. With a penchant for contemporary hip-hop sounds, his style is brilliantly multi-faceted, blurring the lines between genres in a constant search for something new. His latest expansive offering comes in the form of ‘Alternative Realities’, a sharp and intoxicating new record that boasts an impressive fifteen-track run.

An enigmatic artist, Ultra_Eko’s past is a lavish blend of realism and fantasy, driving a refreshing narrative that perfectly complements his expansive style. Conceived during the great, but little-known Renaissance period that took hold of Croydon some years ago, Ultra_Eko first came to prominence as part of the unfortunately doomed ‘Croydon Space Exploration’ program, gaining acclaim as the formally appointed emissary and ambassador to the human race. His message was to be one peace and rampant consumerism, but sadly, after a series of allegations uncovered a foundation of corruption and scandal, the project was abandoned as quickly as it was imagined.

Lost in the politics and wreckage of the project, the world thought that Ultra_Eko has been destroyed, but instead, he had simply slipped into a transformative state, hidden away beneath the West Croydon train station. In the Spring of 2019 Ultra_Eko finally emerged, launching himself into the music world with a newfound purpose. By the end of 2020, Ultra_Eko has armed himself with an impressive musical arsenal, boasting a full EP and the release of his debut album, ‘Off the Grid’. Now, he’s ready to add to that arsenal with the release of his sophomore album, ‘Alternative Realities’, released globally on November 16th.

A titanic release boasting fifteen original tracks, ‘Alternative Realities’ is arguably his most expansive and ambitious record to date, bringing to the fore a hard line of poetic verse, cosmic beats, and street truths. From the very first beats of album opener ‘The Second Chapter’, Ultra_Eko lays down the gauntlet, delivering a deft tapestry of new age sound and old school values. A swirling, shifting mass of deep house vibes, indie sounds, and dark hip-hop style, there’s magic in every second of the release, ensuring that it was one of the best independent releases of 2020.

Highlights about in singles such as ‘A Bloody Struggles’, ‘WTF Wifi Wifey’, and the undeniable ‘Always on My Mind’, Ultra_Eko’s new album sets a standard that few artists will be able to live up to. An artful balancing act between complex truths, hard-hitting anthems, and pure, indulgent entertainment, ‘Alternative Realities’ is pure, unadulterated magic.