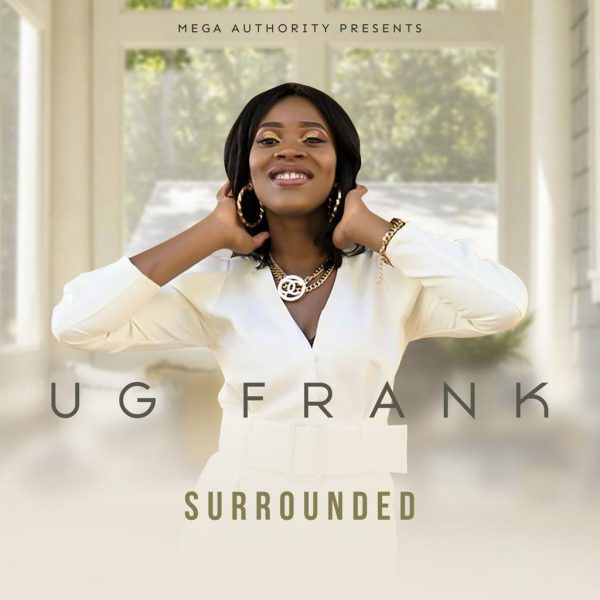 DOPE New Project From UK’s Own UG FRANK. Produced By MEGA AUTHORITY, Called “Surrounded” The Five Track Project Is What’s Needed In A Time Of Lack Luster Music, And Water Down Productions.

Here’s A Little About UG Frank You May Not Know:

She worship in Winners chapel and is part of the mass choir and also Secretary of the choir. We always have 21 days fasting and prayer in January. She’s have been inquiring from the lord what she want him to do in other to fulfill destiny. She know she can sing and her Ministrations are spirit filled to the glory of God.

Also, she have a lot of written songs inspired by the holy spirit. All she had in mind was my career as an analyst. During the 21 days prayer and fasting in January, while in church praying, she heard a clear voice that said, while don’t you start by uploading your songs on YouTube. By then music was really the least of her thinking.

She’s a compliance analyst, and was studying for my CFA exam. All she was after was to build my career as a risk analyst. So she didn’t follow the voice. But she kept receiving different encounters. In May, UG Frank had a revelation and she was with a well known singer and she was asking her if she wanted her to help her sing my songs. But this is her, at that time her only concern was to pass her CFA exam and get a better  job. Wasn’t thinking of producing a track at all. But she wanted to know what the lord was trying to tell her so she shared her revelation with her pastor as She wasn’t sure why she would dream of that particular artist.

Nevertheless, UG Frank pastor told her there is a project the lord wants her to focus on but she’s not able at the time. Then she had the final encounter In August during the daily morning prayer in church. That took her back to the encounter she had In January and she knew the time would come for her to make a move and be launched into her true calling.

Surrounded dropped in her spirit during a powerful session of worship at her church on a Sunday service. UG Frank stated: I could feel the glory of the lord so strong in the atmosphere. I felt Surrounded by his glory and this brought peace joy and all I could think of. It was just too much to describe.

Lost in your love – Dropped during our quarterly night of worship and wonders. Pure worship for 3 hrs. I felt the love of God.  Undecidable. I have been running after worldly things that I thought will give me joy but at the end i get hurt. That night I sat at the feet of the lord and felt this warm love and I said to myself,  this is where i want to be.

Baba you too much – Talks about my testimony. How the lord has been favoring me. My dad’s business collapsed and he lost everything. This was 7 years ago. That was when I wrote this song. He was the only one that was bringing in income. We felt it was over, we had no idea of what step to take next. I was depressed for almost 6 months as we were literally leaving in poverty. One day while In room, I said to myself, lord I will praise you weather you bless me or not! That was when the heaven opened. I had to pay a sum of €6000 for my master’s degree and had no idea of where to get it from. Buy the holy spirit directed me to an office in the university, I told then the situation, they evaluated my file and said, you know what, you are met to pay just €1000  and not €6000!!! As if that was not enough, one beautiful and sunny Monday morning, I dressed up going to sort out some papers relating to my document when a very classic lady stopped me on the way as asked me if I wanted to be a model. U thought it was a scam  but lol and behold, I got that perfect job effortlessly with an excellent pay! That was able to help the family and we started seeing light again.

So thinking of all that God has done, as I was walking, I found myself smiling and singing this song FAVOUR DEY FOLLOW ME DEY GO O…