Home Word Tyler, The Creator Calls Police Out On Their Own Speaker
Word
October 14, 2013 VintageMediaGroup 0

Tyler, The Creator Calls Police Out On Their Own Speaker 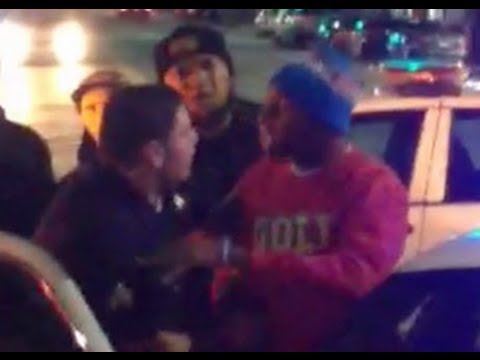 Tyler, the Creator’s recent L.A. show got so packed, it ended up being shut down, much to the awaiting fans’ anger. In an attempt to calm them down, the Odd Future got on a squad car’s loudspeaker to try to talk to them. At one point an officer tries to grab the mic from Tyler, but he was eventually allowed to talk directly to his fans.